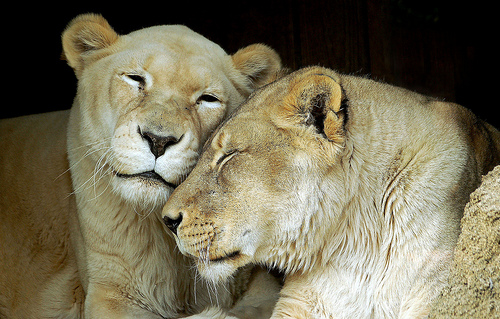 Lately we’ve been seeing too many celebrity couples hitting rock bottom when we thought all along they were on top. Granted, their relationships are far from reality, every little aspect is magnified tenfold for the entire world to scrutinize and unfold. But there are still profound similarities in these relationships that go bad in Hollywood, and those right around us that struggle to stay afloat. I won’t go into all the Hollywood relationships that mirror the love line of B. Spears. However, I will point out the one very obvious, but commonly overlooked, theory that more of us seriously need to make sure we’re in check with. “Diamonds and Gold”. Now, when I first started explaining this theory to my mother, she immediately announced that when she was married she gave my father a gold watch. No mom- that is not what I am talking about.

The term “Diamonds and Gold” comes from the two items that men and women alike look at as two highly prized items. Women love diamonds. When they have one they want two. Diamonds are the spark in a relationship. When two individuals first get married, that excitement and spark seems like it could last forever. It is all new to both people. However, in a relationship, quite often over time the “romance dies” or the “spark is gone”. Obviously you’re not going on honeymoons, making the plans for the rest of your life, wining and dining at live events each weekend, trying to have babies [or not trying to]. Instead you’re sitting together on a Friday night in your sweats watching reruns of The Office. Now don’t get me wrong, there is nothing wrong with this. Sometimes after a long week, all you both really want to do is not move and not think and not speak. However, you have to understand that men are creatures of habit, they are not only rationally minded but at the end of the day they are going to stick to what works and what they are comfortable with. It’s like a trap.

Right now, this information is crucial with the economy- we are all working harder than we ever have to make the same old ends meet. If either you or your man are working 10-12 hour days, whether you’re at home with rowdy pants kids all day or he’s at the office, either way, when it comes to a few hours to spend some time together, you don’t want to make it something he doesn’t even look forward to. Unless you take that initiative to switch things up, everything will stay the same, the man will get bored further pushing your relationship into dangerous territory. So what can you do to either bring that spark back, or keep it alive? This is where “diamonds” comes in. The sudden spike in romanticism or excitement is key- whether it be a weekend away, going to a sporting event together, a gift (possibly actual diamonds), a spontaneous date night, leaving the kids with a sitter for a night or two (if you have kids). I am not saying you need to do this every weekend. That is not a spike in interest. I am talking about having something to look forward to as a couple, time to spend away from work, away from distractions. These little things can dramatically change the female’s view on the relationship.

I remember when I was in Las Vegas in June, as crazy as it sounds I started talking to this younger mom in the ladies bathroom. It was really funny because she was checking out her butt in the mirror and I told her she looked awesome- I wasn’t lying. She looked great and after she told me she had three boys, my sarong and jaw were on the floor. She probably had a nicer body than 75% of the binge drinking, 20 year old college girls at my Alma Mater. As we started talking, she told me she was in Vegas for a girls’ trip and that her hubby was at home with the boys. I started to laugh, then she immediately pointed out that he had gone to the river with the boys the previous weekend for some jet skiing, beer drinking, frat-tastic fun. The funniest part about my conversation with this hot mommy was the fact that we were talking about this diamonds and gold theory (as if I was a middle-aged mother of five…?). She said that every monday she and her husband had date night. She claimed her sitter was a goddess, always having the kids bathed and asleep when they got home. She also explained that this “date night” was the one night she could plan on having her husband all to herself, at dinner and in bed :). As I have been babysitting for about 8 years, I’ve worked with enough couples and their crazy children to know that a night out every once in a while can honestly make a couple fall in love again.

Now moving on to gold, things are a little different. Gold is attributed to men in that, men are hormonally and evolutionarily the more “stable” sex, gold has a stable value and is universal. So then what is the “gold” in a relationship for men? Just like diamonds are the spark and excitement for women, gold is the affection, validation and sex for men. You would think with a guy that sex would be first, however think about it like this: what if you had the sex but nothing else- you’d be missing something. And then think about having everything, but no sex. It goes hand in hand. Like I said, because men ARE creatures of habit, they fall into the routine because they know “my girl is here with me, what else is there that I need to do?”  The girl’s presence alone, or shared routine activities suffice for the whole validation part. But during this time, the girl is getting bored and feels like she’s “in a rut”. And now we have this dilemma. This issue vexes even the most committed of partners. The answer lies in the pair’s actions. If men realize that women need their diamonds (spark/excitement), and women understand that men need their gold (affection/validation), the paradigm of the slowly-falling-over-time relationship will be a thing of the past. It’s more than work, commitment and communication. It’s about being aware of your partner’s needs and pleasures. I swear this happens to every couple I have come across. All of a sudden, guys will feel unloved or not sexed up enough, and in turn they feel less inclined to do something special for their girl.

Now I know ladies, sometimes we jump to conclusions about how our guys are feeling. And sometimes we think that because they are not showering us with attention, their interest is fading. Obviously this is just poor communication or bad assumptions. Next time he comes home from work and plops down on the couch, drained, think about this “diamonds and gold” theory. See if you can get your relationship back in the ring of fire. Likewise for all you men.

Even the best of us know what's important- Diamonds and Gold