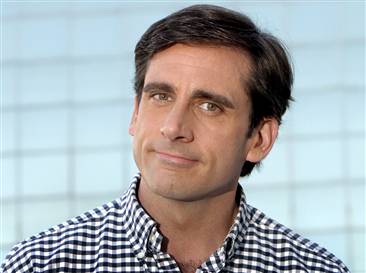 It is the one thought I consistently have running through my mind while my male friends vent and try to convince me that there are NO girls out there for them. First of all, it’s not that there are NO girls out there, but the fact that you are simply doing one of two things wrong: You are either going after the wrong type of girl that your brain is pushing you to find, or you are being walked all over and not being taken seriously because you are busy being Mr. Nice guy.

If you are the guy that is looking for “girlfriend material” why are you picking up on chicks with no pants on at LA’s Colony or The Huntley? It goes the same for you guys wining and dining a girl with the ultimate hope of just getting laid. There is no better way to do this than to go to a bar, lounge or club and find the girls with the least clothing on dancing with their cooters to the wall. Let’s be real.

Now, for those of you guys who do or do not believe your middle name should be nice. Although it’s been a hard concept for my male friends to grasp, it is very simple. Do you want a girl that is going to be at your every beckoning call? A girl that will mother you when your shoe is untied, when you can’t get your arm through your coat sleeve, make your bed and clean your dishes while you are getting ready for work? Text you every night after work, call you each morning to say hello….? No, you do not. I know some of you are probably reading this saying “YES, that would be awesome!” which it could be for a week, but we all know this kind of behavior is only tolerable for so long.

It’s a two way street. The biggest issue with nice guys is the fact hat you are too agreeable and exert no control. We don’t want Mr. Agreeable, we want a challenge. Nice guys are also predictable and too easy. As devastatingly annoying as it is chasing you guys around, we play by the rules when we want something, and so should you. The rules do not include being Mr. Nice Guy.

One misconception is that chivalry has to do with being too nice. This is not true. Chivalry is amazing, and yet so hard to find these days. Women gush when you open doors, pull out chairs etc. Guys don’t realize that being a gentleman is the easiest way to bonus brownie points.

Of course, there’s always the argument that women who like jerks don’t respect themselves, which I have seen to be true in some cases and very false in others. This depends more on the woman than the man.

Below are some VERY mixed opinions of the so-called “Nice Guy”:

[“Nice guys”, as in the guys who complain about how women don’t like them because they’re too nice, are more often uninteresting, insecure, and VERY entitled.]

[“Girls don’t not like nice guys; they don’t like spineless guys. You can be nice; just don’t be a pushover.”]

[“The “nice guy” lacks the self-confidence to ask someone out, or is otherwise after women that are not going to be interested in him. Such a guy may get into the habit of performing services for these women, trying to ingratiate him into their company.]

[“Nice guys” and “bad boys” have the same, low success rate when approaching women. The difference is that “bad boys” hit on almost every woman they meet. Even if they’re striking out most of the time, they still manage to find a date because they swing so often. They shrug off rejection and hit on someone else.]

[“Women who don’t appreciate/want a nice guy typically don’t respect themselves. They’ll sleep with a guy before actually getting to know him thinking if they don’t they might lose him, and cater to his every need.”]

What is YOUR opinion of nice guys? Comment below!