Every Man Has A Little “Billy Madison” 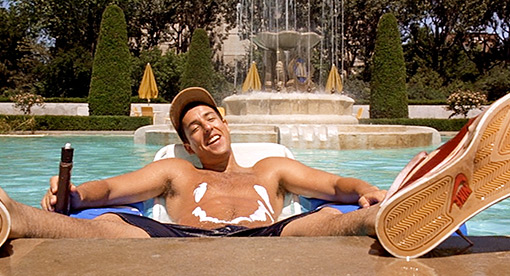 I find myself all too often questioning the age of the men that walk through my life. No, I’m not saying I have a 360° age spectrum of men that walk through my life, but I do question more often a mans maturity and whether we are even vaguely looking for the same things. In college it scared the life out of me if I came across an older guy who seemed to know exactly what he wanted. I know, I obviously had issues. But now that I have graduated and started a new life, it is the older men I come across who DON’T know what they want that really scares me. 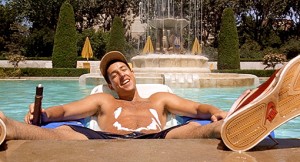 Got a Billy Madison on your hands ladies?

Is Every Man the Same?

We all know women mature faster than men. But how much faster is a very good question. Being a woman in my early twenties, like most women, I think about the future and where I want to be, and how I want things to line up in my life. Females are very detail oriented. So while a man’s mind is busy thinking about his job, his next round of va-jay-jay and money, ladies are thinking three steps ahead of men, drowning their mind with marriage, money and children. Doesn’t matter how old she is, those are the things that don’t just go in one ear and out the other, they are there to stay. Marriage and children might not be sitting on the forefront in a woman’s mind but at any age I can tell you right now they have thought about these things more times than men.

So now that I have escaped my pretentious adolescent college life, when it comes to dating I find myself looking for a man that knows what he wants. In this economy we are all struggling to find grounding in a competitive fish bowl, so its not so much finding a guy that is super successful as it is finding a guy that is content with where he stands and feels ease if someone were to ask him what he wanted. I’m not looking for the bachelor, but as women, we look for stability.

On the other hand at a recent dinner with my cousin, she gushed about all of her most recent dates. The golfer, the cheese guy, the basketball guy, the lawyer… etc.  As she is hot, successful, talkative and humorous, I figured she would be the best bet for dating advice. My question was “what do you do with a guy in his 30’s who doesn’t really have any thoughts on what he is looking for or assets to mirror his accomplished goals?”

Of course my date savvy cousin did more than just shed light on my ambiguous issue. As she explained; while every man at thirty might not have as much to show for their successes and accomplishments as women do, it is all about the males mind and their maturity. A good point was that her dad had married her mom when he was 39, her mom being 29. While men are busy worrying about the same things as women such as their job and money, the biggest difference is the fact that while women look at each guy they date as potential for the future (not saying guys don’t), men are thinking more of what’s good “right now”. Meaning in their mid to late twenties, men find themselves lazy, lonely and scared post college sending them into a girlfriend finding frenzy, in hopes of avoiding the whole limited access to vagina phase which definitely impacts every man’s life after college. Let’s face it, it’s easy or should I say it’s easi-ER to get booty in college when all the boats and hoes are drunk every weekend and your lookin’ more like Josh Duhamel after every drink. However, post college? Not as easy. Most of you guys have this little thing called work each morning so it’s not just about being able to ride your bike to class in 5 minutes, half shwasted. Twenties = priorities/ real world. Another thing is while women are busy thinking about how much money they will have to save for the down payment on their dream condo by the Santa Monica pier, guys are floundering in post college frat depression which entails their inability to drink as they once were able to. No more keg stands, vodka chugs and Popov Party punch on a Wednesday night.

So, in conclusion, to understand men at thirty just think of women at twenty. Not saying all men and women are the same; I have no doubt met men that have far exceeded these standards and women who haven’t come close. But the point that I actually took into consideration from this is what my idea of what a man was or where he should be at a specific age. It’s about thinking outside of the box. There is no reason to write off a guy just because he isn’t at the same place that YOU plan to be at, at that same age. Because generally speaking, even though those days where you were playing “crazy lady, catch me if you can” have ended, men will still be playing that game five years after you quit.