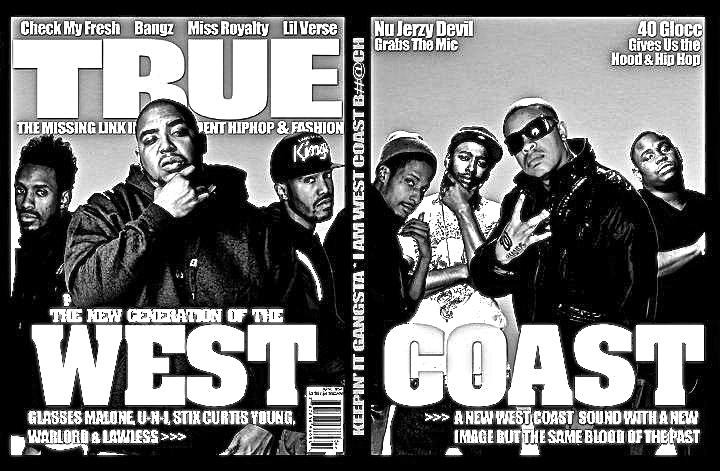 He got his name as a kid who had trouble keeping track of his own eyeglasses. A guy who’s shopping destination once included Doughboy Surplus in Bellflower but now has the luxury of his own personal stylist. Towering over me at 6’4” he is built like NFL defensive back Warren Sapp with a hand shake similar to one I’d expect from Bill Cosby. However, his deep voice is a mirror image of how hard he’s worked and how far he’s come since his days on the streets in his hometown of Watts, California.

After meeting Malone on the set of the film “The Division” which he is currently co-producing and starring in, my initial impression was very different from the lasting one I walked away with. The story of west coast rapper Glasses Malone is a stretch from those rappers discovered and blown up overnight after a very successful single. His struggle began at an early age, where learning to fight, live, survive and make it on your own was a given. A place where single-family homes runs rampant and kids have nowhere else to turn but the streets, hustling daily just to get by. What makes Glasses Malone’s struggle and success even more compelling is how far he has come from his past.

As a kid he listened to his mom fill their house with music such as Cameo and N.W.A. Just like any other testosterone propelled male, in his spare time, Malone likes to drag race. In fact his car collection is one that would make any living soul just a little jealous. And as for what he hopes his future holds? The chance to produce more films and raise kids. Don’t worry ladies, he’s still single, but beware; he apparently isn’t messing around with any more side dish sexy times. As he mentions in our interview, the one thing he wish he knew was that good women don’t come around too often. 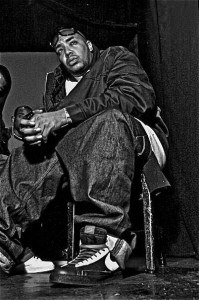 It is obvious Malone is still hustling each and every day. Currently sitting on a thriving career under Hoo-Bangin’ and Cash Money Records, for Malone, it wasn’t always about ‘Getting Doe’ and ‘Winning’. The inescapable PR snag for Malone was the year he turned down the biggest record labels such as Interscope, Atlantic and Def Jam to sign a contract pushing $2 million with Sony Records. However, after the changes in the record label, being released by Sony in turn, allowed Malone to walk away as a free agent, soon to face far bigger and better things. In fact, at the time that he got the call from Sony, he was in a meeting with Mack 10. It wasn’t long after the call ended that Mack decided he had to have Malone on his label.

If you aren’t familiar with Glasses Malone, you may recognize him from a handful of hit singles such as “Sun Come Up feat. Rick Ross, T-Pain and Birdman”, “Certified feat. Akon” as well as “Haterz feat. Lil Wayne and Birdman”. Not to mention the fun single “I Get Doe feat. The Cataracs”.

As Malone so easily put it “I Get Doe feat. The Cataracs” is an overall great feeling song. “If you tryin’ to get money, if you got money, if you gettin’ money, if you wish you had money, then it’s a good song for you.” Considering The Cataracs have put out more hip-hop and digitally infused music, it isn’t a collaboration you would initially expect a hit out of. But the Cataracs embody a more carefree and brighter side, which they share with Malone, further adding to his individual style. If you’re still not in love with the song after hearing it, watching the music video is a must. While most videos depict the rapper with an unbreakable exterior, and a serious message, “I Get Doe” is quite the contrary.

Today, most rap music is valued on the degradation of women, ballin’, high-class hoes, swag and making it rain. Not that there is anything wrong with music based on these things, but in a world consumed by reality, creating music that reaches everyone in the audience is a necessity. Glasses Malone breaks away from his fellow West Coast emcee’s with tracks about success, hardships, challenges, love, values and the overall enjoyment of hard work which; in Malone’s case definitely has paid off.

In the past his music and sound has been influenced in the by Ruthless Records and Def Row Records. His recently released joint album with Mack 10 called “Money Music” has a clear message. Despite challenges, hurdles and losses, the gain in the end from hard work will pay off. In the album Mack and Malone rap about the proof of winning which is apparent if you look at their comfortable lifestyle. Other songs are in regards to living life to the fullest and how after the party’s over, they will go back to work doing what they do best. Kind of like live, work, play but these songs add up to write the story of Mack and Malone.

Alongside a few upcoming endorsement deals and the promotion of his album “Money Music” Glasses Malone has also been working on an independent film “The Division” since January. Based on a true story, and written by both Malone and Malcolm Mays. Having been selected by Benny Boom; one of top music video producers in the industry, to direct “The Division”, the young and talented Max Albert (at 24 Max has already directed 18 music videos, 15 broadcast spots and a movie) will bring his film background and exposure to create what we can only hope to be a truly inspiring film. Max Albert expects for the independent film to release January 2012.

Additionally, the film will hone in on an L.A.P.D detective’s investigation of the Blu Division drug empire under Glasses Malone and the apparent hold he has on the streets. In an attempt to bust the rapper for narcotics, in the end all that is found is music. Just like the label Blu Division it is all about the music despite the conflicts that often arise in the music industry.

Of course, the surprising thing is every article you come across there is a negative connotation with the challenges and hurdles Glasses Malone has had to overcome. There is no doubt it is mind blowing that with as many set backs as this artist has faced, Malone was able to focus on his talent and keep his goals and dreams in the forefront.

Today, Malone is not just the face of success but also a role model for young kids, teens, adults, or anyone in general striving to accomplish the unthinkable. Not everyone is able to thrive like Malone, in an environment with the most talented and special artists in his field today. The individuality he has created only adds to the list of phenomenal West Coast talent that taken over every form of media today.