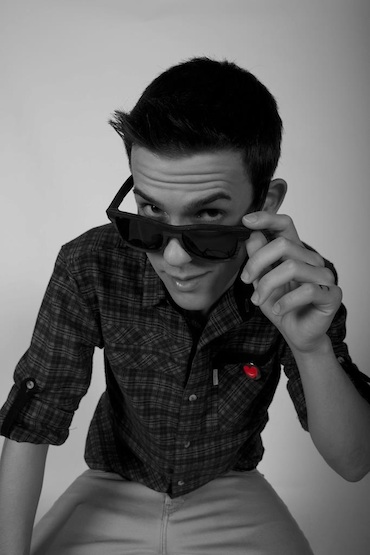 Sixteen. The year of the driver’s license, high school prom, SAT’s, lost virginity and your first job. Irresponsible, impossible, naïve, rebellious and misunderstood. However,  for Corey Breit or better known as DJ Epic Twelve things have been a little different. Recently turned seventeen year old Epic Twelve has already figured out how to balance school, his own car payment, taxes, having a regimen work schedule at Power 106, regular club residencies in San Diego and Los Angeles and last but not least, the ladies. Not only is he on the map, but also he is moving closer to his final destination each day. 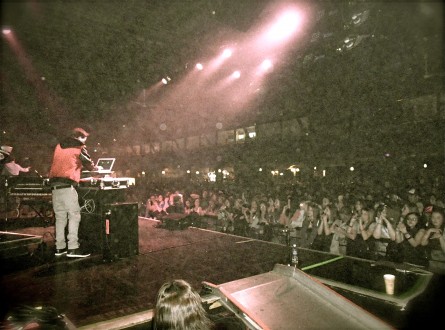 Walking in early to a club performance, you may initially spot Epic Twelve setting up and assume he is the opening act. Standing 6′ tall, custom Nike’s and clean cut, Epic Twelve is the teenager most parents would only dream of their daughters dating. He’s doing more than most college grads and has far surpassed many other industry DJ’s in the past four years. I could say that Epic Twelve is the best DJ in his age range- but that is only half of it. Comparing Epic to other DJ’s in his age range isn’t fair considering there are so few making any moves outside of Youtube.

It all began about five years ago; at age twelve that Corey attended a friends Bat Mitzvah. While most of his buddies were busy celebrating, the parties DJ kept Corey in a trance. A few months later, Corey attended a birthday party where the DJ let him take a whirl at scratching. The same year, with his parents support, Corey took his first course at the Los Angeles based Scratch Academy, the leader in DJ education and music production. On his own he continued his education after the one course by practicing daily. A year later, owner; DJ Hapa recognized Corey’s gift and started working him into gigs.

Epic jokes that at age thirteen, his mom bought him a horrible pair of turntables and mixers for Christmas. Since then Epic has moved up and has purchased his own equipment (Technics), which he believes, he will probably have forever. His solo career began at thirteen when he began spinning at 21+ clubs in the southern California area.

Since then, to his portfolio, Epic twelve has added a joint tour with Cody Simpson and Greyson Chance, spinning at private events for Jordan and Tony Hawk, release parties for Sony’s newest teen pop sensation- Jasmine Villegas, shows with rapper Ice Cube and DJ Khaled and much more. Currently Epic Twelve is backed by an amazing management team, Sneakers and Bowties.

While age plays a huge part in Epic’s career, it is the challenges one faces that sets an individual apart from the rest. Being that he is still a teen, and under eighteen he not only faces a constant challenge of whether or not he will be able to work at over 21 club events, but also competition in his industry is at least five to ten years his senior.

The older an artist gets the more they believe their career is something they deserve. However, today it is quite the opposite. The industry has become over-saturated with talent, and the ones who make it to the top I am finding are the ones who expect the least and work the hardest. These people who solely expect, are the ones who are opening for the main performance, that being Epic Twelve. The wrath and contempt Epic may experience is just a small challenge he has already become accustomed to. Similar challenges are what set Epic apart from the robust world of DJ’s who seem to be born each and every day. With his age as a huge challenge in this environment, Epic Twelve has matured at a far quicker pace than other teenagers, forcing him to work twice as hard. 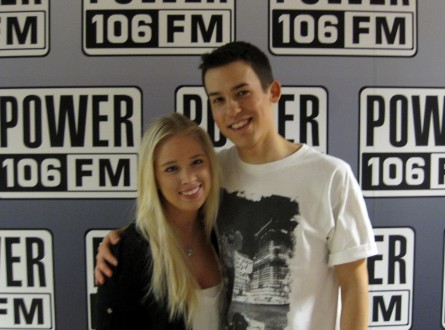 The Young and Talented

While Epic Twelve carries a heavy load, his talent is as clear as water, his ability to incorporate and mix a wide variety of different genres of music at one place is mind blowing. The best word to describe Epic would be aware. He pays extreme attention to details and is very focused. On New Years in San Diego, I took a moment to stand back and look around, observe the people dancing, understand the type of crowd at the event and of course the overall performance of Epic Twelve. What I saw was a teenager that was able to make every single person in the club happy. While his audience at this particular event was pretty widespread, there were those between the ages of 21 and 50, every ethnicity with all different ears for music. There is no better feeling than dancing with your friends and all of a sudden your all time favorite song from five years ago comes on. Epic Twelve is very aware of who his audience is, and in turn is able to deliver a mix of music that appeals to everyone.