Age In A New Relationship 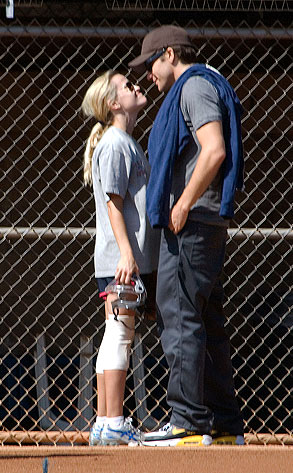 A question that haunts us all at some point… Is age just a number? A better question to ask ourselves is- ‘Can two individuals be friends or date that are living in different chapters of life?’ Before I get to this question as it runs through dating dilemmas today, I want to first address the issue of age as it relates to your friends.

Take a friend; for example that is living in a different chapter than you, it could be a child hood friend who just recently got married, a sorority sister who is soon welcoming her second child or even your work friend who is so focused on her career she hasn’t come close to putting down her book for anyone else but herself. Now say, just figuratively speaking, you and one of these friends are spending regular time together, could this impact the pace of your own life and the chapter you’re living in? While everyone is running around with the question “Is age just a number?” When it comes to love and a new relationship, why is it that no one ever considers this question in relation to their friendships? The thought of the age difference in relationships has always held it’s own in the dating games, but when it comes to age of friends, little is taken into consideration.

Maybe you don’t see it now, but just wait until all of your closest friends find their one and only or disappear in their work, and you are left with two options; either to join them in the dash to find the last fish in the sea, or find new friends living in the same chapter as you. I only say this because age and numbers; when considered with friends, can dramatically alter your dating life whether you see it immediately or not. Think about it, although I am completely 100% content with my life right now, If I were socializing daily with ladies my age, who’s topic of conversation were: dinner plans with their husbands, diaper genies or the big debate of the holidays at the in-laws, I would start to feel like I either needed to find my prince charming ASAP, or find another group of ladies to do a girls night out with.

Swyllenhaal sound familiar? The whole reason behind this article is due to my recent discovery on Celebuzz, “Swyllenhaal’s (Taylor Swift and Jake Gyllenhaal) Romantic Thanksgiving”. While photos of the couple have been plastered everywhere lately, my first thought after reading about the new little twosome, was- what happened to Gyllenhaal’s last long term puma girlfriend? I believe it was Reese Witherspoon, 34 and mother of two.

After talking to a few guys, what I have concluded is that, although Jake Gyllenhaal played the father card with Reese Witherspoon, it is clear what he was searching for was not something he could simply be the missing puzzle piece to. Jake has moved on to Taylor Swift, a young malleable pea which in turn, if he likes, he can mold into the wifey he thought he had found with Reese. What Gyllenhaal knows is that he can make it clear out until the end, but which special lady he will push it to the end with is still undecided. Ahh… leaving coloring books, packed lunches and play dates for romantic strolls, Starbucks and movies must be nice huh Jake? Don’t be mistaken, Gyllenhaal is still playing the same game and doing the same thing, just in a different way- backpacking instead of with the entire families luggage.

So the message to women over 30 with kids is, unless you know for sure he does not want children of his own, be wary- when the time comes he is ready for them you will be left to play carpool mom alone. The same goes with guys over 30 with kids, if you find the perfect gal make sure you know what she wants before you head down the path of breezy dreams. If she likes kids but doesn’t want her own- score. If she knows she definitely wants kids even after you have told her you are done, think again. 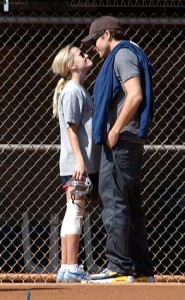