J Cole- Abortion and “Lost Ones” 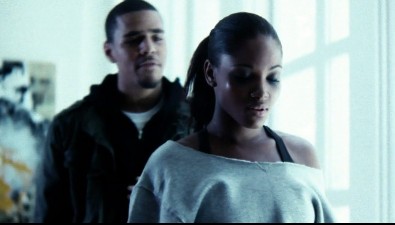 Abortion. There are roughly 1.5 million performed each year. This article is not about whether it is just or unjust. It’s about the fact that such a large issue, one that so many people deal with each day, is a topic rarely discussed by anyone. People aren’t discussing it with their friends, family or acquaintances.

I feel like today, there are very few musicians that write songs that address issues, tell stories and relate to the general population. Not everyone can relate to drinking ten bottles of Dom Perignon at Drai’s or riding around town in a yellow lambo. But abortion? The least talked about issue, yet widely encountered and dealt with in the United States. J Cole does a pretty amazing job on his song “Lost Ones”. The video is almost like a mini movie, he tells a story, paints a picture and ends with a point or rather a question. [“What about yo seeds nigga”?] That’s a tough question. How many songs do you listen to that ask you a question in the end- a ‘what would you do’ question, in which you don’t really know the answer to?

It’s crazy to me that a four minute video can address every question and emotion on both sides in regards to this issue. While I have a handful of friends, even acquaintances that have felt comfortable talking to me about these things they have gone through, the biggest misconception is that it isn’t something many people have dealt with. A lot of times, the people I have talked to are almost embarrassed about it. Granted, I think it’s definitely avoidable but in the end, getting pregnant by accident and having to make a life changing decision such as pregnancy could happen to anyone.

Moving into 2012, the past year society has become more accustomed to talking about sex publicly. Yet, talking about what sex leads to, is something most people try to avoid at all costs. As if, it will never happen to them- because they do use protection, or because they are on birth control. But even after these two things, it still happens.

You might be sitting thinking, “I don’t know who YOUR friends are, but NONE of my friends have dealt with abortion” but really how do you know? I’ve had a few people tell me about their situation, and then when I ask if they’ve ever told any of their friends, they typically say no. I haven’t done a survey, and am not a doctor, but I would estimate  1 in 5 of your friends have had to face this question, and out of 10 people that have dealt with abortion, only 1 has told their friends and family. You can go your whole life being Pro Life or Pro Choice, until you’re actually in the situation, and depending on; the person, the timing, the stage of life you’re in, when you find out… things can change. It’s really sad to me that everyone on the outside makes it a point to be the first to judge, as if we all know what’s best for someone.

When I look around, we’re living in a world where being 16 and pregnant is a promotional run, having sex without protection is something those in their 20’s aren’t realizing the consequences of until there is a slip, and then the thirty something year old, might be ready to move to the next step of their life, but can’t seem to find the right partner. Go figure.

Baby girl, I can’t imagine what it’s like for you
I got you pregnant now inside there is a life in you
I know you wonderin’ if this is gon make me think bout wifing you
Like if you had my first child would I spend my whole life with you
Now I aint tryna pick a fight with you, I’m tryna talk
Now I aint tryna spend the night with you
I’m kinda lost see
I’ve been giving it some thought lately and frankly
I’m feelin’ like we aint ready and it’s… hold up now
Let me finish
Think about it baby me and you we still kids ourself
How we gon raise a kid by ourself?
Handle biz by ourself
A nigga barely over 20, where the hell we gon live?
Where am I gon get that money
I refuse to bring my boy or my girl in this world
When I aint got shit to give ‘em
And I’m not with them niggas who be knocking girls up and skate out
Girl, you gotta think bout how the options weigh out
What’s the way out?

[Verse 2]
She said nigga you got the nerve
To come up to me talkin’ bout abortion
This my body nigga so don’t think you finna force shit
See I knew that this is how you act, so typical
Said you love me, oh, but now you flipping like reciprocals
It figures though, should’ve known that you was just another nigga
No different from them other niggas
Who be claiming that they love you just to get up in them draws
Knowing all the right things to say
I let you hit it raw mothafucker
Now I’m pregnant you don’t wanna get involved muthafucker
Tryna take away a life, is you God mothafucker?
I don’t think so
This a new life up in my stomach
Regardless if I’m your wife
This new life here I’mma love it
I ain’t budging, I’ll do this by my muthafucking self
See my momma raised me without no muthafucking help from a man
But I still don’t understand how you could say that
Did you forget all those conversations that we had way back
Bout your father and you told me that you hate that nigga
Talkin’ bout he a coward and you so glad that you aint that nigga
Cause he left your mamma when she had you and he ain’t shit
And here you go doin’ the same shit
You ain’t shit nigga!

[Verse 3]
They say everything happens for a reason
And people change like the seasons
They grow apart she wanted him to show his heart and say he loved her
He spoke the magic words and on the same day he fucked her
Now she wide open
She put a ring up on his finger if she could
But he loved her cause the pussy good
But she aint no wife though
Uh oh, she tellin’ him she missed her period like typo’s
He panicking, froze up like a mannequin
A life grows inside her now he asking “is it even mine”
What if this bitch aint even pregnant dawg
Could she be lying?
And she be crying cause he acting distant
Like ever since I told you this nigga you acting different
And all his niggas saying man these hoes be trapping niggas
Playing with niggas emotions like they some action figures
Swear they get pregnant for collateral
It’s like extortion, man if that bitch really pregnant
Tell her get an abortion
Uh, but what about your seed nigga?
(What about your seed nigga?)