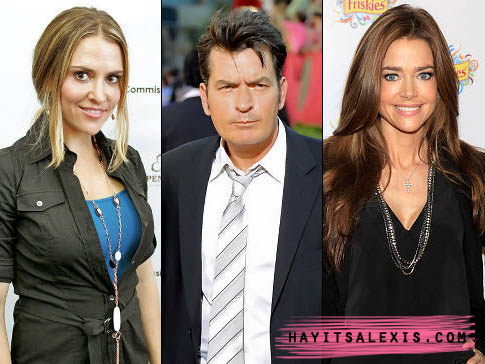 Him: “You have nothing to worry about! We’re just friends. I stay friends with all my exes”…

Me: Really? That’s interesting. I thought you said she was kind of crazy? Like, she was having trouble with the breakup?

Just friends? We’ve all heard it, rolling off the lips of someone you are dating, in a relationship with or married to. It is also the two words no one really wants to hear. If you partner is really ‘just friends’, they would never even have to say that, simply because you would already know after a little interaction. But when someone tries to explain himself and that’s the best they’ve got, it’s time to hit the road Jack.

When you begin to see someone, the hardest thing (in my opinion) is trust. You really have to earn your keep. Whether it is a guy you are opening your heart to, or a girl reaching out for a friendship. There is no difference when it comes to trust.  However, the constant is the roadblocks, signals, signs… It’s really just like driving. The worst is when you ignore the signs and end up hurting yourself. Running the stop sign, you end up in the hospital with two fractured arms and a concussion. When a girl runs her mouth about some of her other girlfriends, talking badly behind their back… umm hello? [YIELD Sign] What do you think she is saying behind your back? It’s the same story when it comes to dating. You ignore the signs or make excuses for them– you’re going to get hurt. With that said, I’d like to share a little experience with you.

Even after I listened to what this guy had to say, I was almost convinced him and his ex were really just friends, and that I had nothing to worry about. But when I started thinking about the big picture and not just the details, it was then that I decided I had more respect for myself and then to be sidelined in the dark.

Just so you are aware, it was the fourth or fifth date in a period span of about a month. What I knew about his ex? Nothing really, only that one time, he said he wanted to meet at a restaurant for dinner because his ex-girlfriend was crazy and stalkerish. I kind of just shrugged it off, certainly wasn’t the first girl I had heard went bananas after a breakup. But then, when he texted me right before our date to tell me his ex was over feeding the cats, I felt lied to. I felt like I was completely in the dark, and I felt dumb even going there.

Nothing made sense. First he’s telling me his girlfriend was stalkerish and crazy. Then when I confronted him about why his girlfriend was coming over every night to feed the cats, he pulled the sympathy card about how she couldn’t have her cats at her house leaving her only option the pound.

So you broke up with your girlfriend in like November, haven’t been physical since October, but four months later, her cats are still living in your garage and she still comes over every night to feed and pet them?

Why don’t us three just pop a bottle, watch The Fighter and call it a night!?!?!

His ex of three months is over feeding the cats fifteen minutes before your date. CATS, not pet snake, meaning they need to be fed and played with everyday, not once a week. If the guy or girl you are seeing is in contact with their ex everyday (and they don’t have a baby together) run for the hills. If that person really cared what you thought and wanted you around, they sure as hell wouldn’t be pulling shenanigans like this. Yield! If this is the case do not go on any more dates!

Typically when two break up, a week later they are not best friends, they are not going to lunch, not going to a super bowl party or taking in each others animals. That is not how breakups work. That is a breakup with benefits. You’re not quite over the other person/ want to keep them around while you look to see if there is anything better out there. Now, you might say “Well, I know a lot of people who are still friends with their exes”. But a better word for ‘friends’ would be that they are cordial. They are not friends, they do not hang out regularly, they bump into each other at a party and chit chat, they run into each other at Alberto’s Taco Hut,  they do not go for a run and get coffee after. If you are seeing someone that is ‘friends’ with their ex, move it or lose it.

Anyone that calls another crazy and stalkerish then proceeds to allow them to walk through their house to feed cats, is probably the crazy one. How does that even add up? Hello, you keeping her around makes her think she still has a shot at love! NEXT!

The funny thing, is after I gave this guy his moment to explain, I almost believed him. I was thinking about the big picture not the details. It wasn’t until I was driving home that I thought about the details. The fact that she was going over there every night, not normal. Did this guy really even have room in his life for me, or would it always be me, him and her? The biggest red flag that came up was the baggage he was carrying. Who seriously wants to get involved with someone who would constantly have a carry on sitting by the door aka his ex? That is beyond weird and just not healthy. It’s like wondering when the big earthquake is coming. Is he still involved with her? How do I know if he isn’t? What do his parents think of her? How long are her cats going to be here? NOTHING I want involvement in, and neither should anyone that respects themselves.