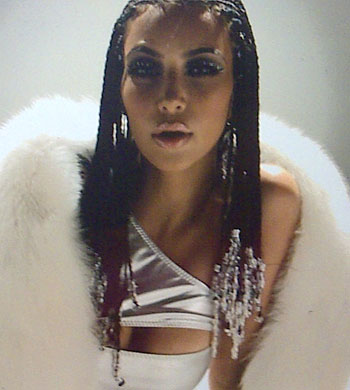 I know, we don’t initially think of Kim Kardashian in the music industry… because she is a fashionista… and after her latest music move, should stick to fashion- and fashion only. It’s like if a Librarian changed occupations to be a Sound Engineer at the Staples Center. Doesn’t make sense and definitely doesn’t work.

From Fashion to Music News

So when referring to Kim Kardashian making music news, trust it isn’t good news by any means. As her song “Jam (Turn It UP)” was just released, horrible would be an understatement. I don’t know what’s worse, Kim Kardashian trying to put out tracks or Real Housewives of Atlanta- Kim Zolciak beefing it up in the studio. Confuses me just thinking about it. Forget Britney and her comeback, a worse sound just made an entrance. Ultimately she is lucky the beat turned out ok, but I had to turn the song off after hearing too many “Jams” that sounded more like a pre-teen jamming to kidz bop.

Why is it that these stars who make bajillions of dollars decide to ruin their image by trying to do everything? You are gorgeous Kim, and have a nice ass and seem to be a great reality actress, so why ruin it with the gift you were clearly not given? I wish I had an answer as to why stars tried to do everything, but oh well. Remember when Paris Hilton decided she too wanted to be a pop diva? Her “Stars Are Blind” couldn’t have made it to earn a spot on the barbie CD if it tried… It’s only a matter of time before Kim gets the looks (and not those at her ass, thank you) and decides to seek shelter far far away from the music industry. Hopefully this comes sooner than later. Although this isn’t the full song, it’s full debut will be this Sunday on E! during her show “Kourtney and Kim Take NY”.

Oh wait, the best part is the braidddsssss crazy Kim got for her music video she shot for this song. Ummm.. ok? 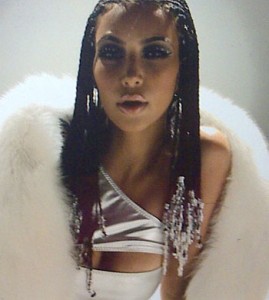