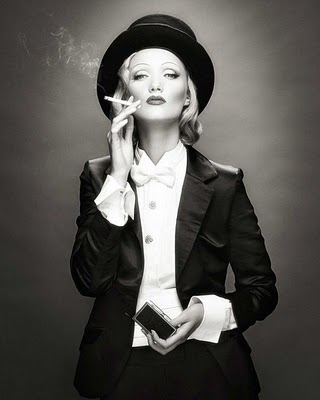 Recently I have come across a few, sporadic articles in my Cosmopolitan Magazine; which, after reading, I became either grossed out because it is just way TMI (too much information) or the article is so misleading, I only hope it to be some kind of joke. I mean how could Cosmo editors NOT know that millions of girls out there actually perform and carry out the tips some of these (obviously confused) Cosmo writers swirl into all of their editorials? And you would think the Cosmo writers would understand women best. Not the case any longer.

As of yet, the worst and most misleading piece of information is titled “Think Like a Lady, Act Like a Man”… What? Think like a lady… act like, Why on earth would any lady act like a man? Umm… to scare all the men off this planet like Cruella Deville?? No that’s not exactly my game plan… Ever. Nor should it be any other girls- unless you are a total man-hater. And, I am not talking about those of you who get burned by the Freddie Prince Jr. look alike at a bar in Newport. That doesn’t count you as a man-hater.

However, the more I read the more I think about who the writer is. All I can come up with is that she clearly thinks the least of all men everywhere. Her editorial would honestly be equivalent to a guy writing in Men’s Fitness about how to score women by acting like a skank and wearing no pants. Mina is not only ripping men apart like they are the sloshiest of all animals to roam the planet but some of what she writes, I actually feel to be very degrading to men.

The best is the opening paragraph, which states:
[Steve Harvey’s book, Act Like a Lady, Think Like a Man has it wrong. First, you’d have to shut off half your brain to think like a guy. Second, acting like one is way more fun] By Mina Azodi

Umm… excuse me? First of all, I have never been more confused in my life Mina. Second of all, thanks to you, thousands of women everywhere whom read Cosmopolitan religiously, are now probably all clipping their toe nails in the kitchen and then sitting on the couch with their hand in their pants. Just fantastic, exactly what we need this generation of women doing. I can see the future of dating and relationships now, being an activity as mindless and easy as playing tic-tac-toe. Now, Mina- I will just say for the sake of me not losing my marbles on Cosmopolitan, that you hopefully were hung over the night before the deadline to your editorial, so half hung over/ half delirious you wrote about how women should act more like men… 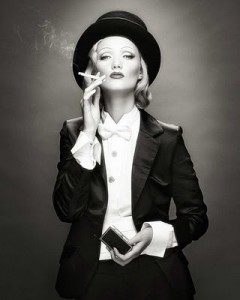 So Mina, should I fart in front of my bf too? NO, No you should not.

Take some of Cosmo’s tips and not only will you be left alone in the dust but we will add you to the always expanding list of problems men encounter while trying to   understand women. Here are a few for you all to nibble on…

1 . Ladies think: Shit, I have a pimple, and it’s ginormous. I hope my guy doesn’t notice.
Act like a man and: Point it out to him and make a joke, like “Look, I grew a third nipple. Sexy huh?”

*** Whether you say it or don’t, unless it is small enough to hide with concealer- he is going to notice. Whatever you do, DO NOT bring more attention to it. If he says something about your skyscraper on your forehead, definitely say something about how you’ve been stressed or you can make a joke about too much sugar, but a third nipple? Oh wait, hey if you’re trying to ditch a guy this would be a great line to use.****

2. Ladies think: I need to find my boyfriend a birthday present he’ll love.
Act Like a Man and: Remember the gift he really liked last year? Buy that, but in a different color.

****Um, no. I actually can give guys a little room on this one, because whether you are in your 20’s or you have been married for 20 years, guys will always struggle with finding you a gift. Just because they have a little trouble does not give you the permission to ever pull something like this. You’d be better off just giving him a card with a gas card. Bitch please*****

3. Ladies think: Time for my monthly Brazilian torture. Awesome.
Act Like a Man and: Let it grow. Proudly give it a nickname, like your Lady Jungle.

***Were you raised in a barn? This is the question I usually ask people when they have their dinner on their face or when they put their hiking boots on my coffee table, this is also something I would ask one of my friends if she told me she skimped on getting a brazilian this month so she could buy the new Norah Jones CD. Unacceptable on so many levels. What ever happened to feeling good about yourself? How can you feel like a goddess if you have Jumangi in your pants? You can’t. If it bothers you that your man isn’t shaving, there is a even simpler answer and that is HOLDING OUT!****

4. Ladies think: What crawled up the boss’s ass today? I hope she isn’t pissed at me.
Act Like a Man and: Blame her bad mood on PMS, because it can’t possibly be you.

****Use this line if you hate your job, or are hoping to be fired so you can collect unemployment. Other than that, I have no other words for this. This is the dumbest thing old Mina could have written because, in actuality, guys are slicker at work than girls, and picking a petty cat fight is the last thing you will ever see any man do at work.****

5. Ladies think: Shut up! I don’t really look good in that picture. My hair is all crazy.
Act Like a Man and: Actually accept the damn compliment… and believe it.

****I had to add this last one in, only because it has no relation what-so-ever with any of the previous statements. The article goes from acting like a can of cheese whiz to trying to teach a lady how to act like a man by accepting a compliment? Please let me know if you too, believe these things are just not adding up. ****

BE SURE TO CHECK OUT THE START TO MY NEW STEVE HARVEY SERIES UNDER DATING AND RELATIONSHIPS! 🙂