If this doesn’t make you tear up just a little tiny bit I don’t know what will. Jodi DiPiazza; at eleven years old has already composed a song for a Toys R’ Us campaign (which- raised three million dollars) and then again last year was also a finalist for the ASCAP Morton Gould Young Composers Award. She is a brilliant young musical talent that is now studying in a highly specialized music program for children her age. Did I mention the fact that this young girl was diagnosed with autism at a very young age? Unable to speak, make eye contact or really interact with anyone, Jodi was very immersed in playing music as well as singing. In this video she duets with Katy Perry in Perry’s song off her last album titled “Firework”.

The music industry has become so over saturated these days with artists with far from original or creative work. The music industry has turned into a money machine, and there aren’t as many artists out there as there should be that are doing their best to contribute to the community. For an artist to take some time every now and then to give back I think is a HUGE deal. It not only says a lot about the artist and their music but what they stand for and represent in that realm.

These are the people that can actually make a difference. Not saying that all of us non-artists can’t, but considering how big each artists reach is and who they affect on a daily basis, it’s so good to see that there are still those out there bringing these events, challenges and issues to the surface.

This video is so so amazing. I don’t think I could ever imagine performing on stage WITH a huge artist that I looked up to in public. That would be so nerve racking! This little girl plays as if it is something she has done every day for the past two years. That takes a tremendous amount of courage. I think it is even harder when you have a condition like autism or any other that you feel has set you apart. Even though your condition may be different, society groups people based on their ability and limits. It’s sad, but then again it makes those who face these challenges twice as strong when they prevail. In Jodi’s case I am a huge believer that how she is now able to carry herself is mostly due to her upbringing. How you carry yourself and how you behave may be something you take parts away from in school, but the majority comes from your family or who you are raised by and with. You can stay updated on Jodi DiPiazza on Jodi Girl. 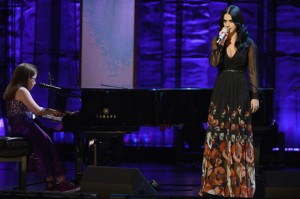