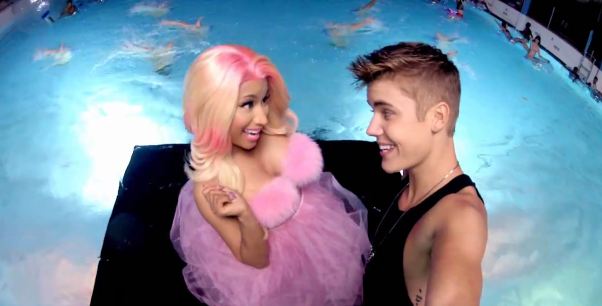 Finally! A video that represents the epitome of the late teen years. This sounds horrible, but with Beiber’s lifestyle, it’s sad to say he probably missing out on many of the best years of his life. It’s the sticker price you put on being one of the most followed and most paid artists out there right now. 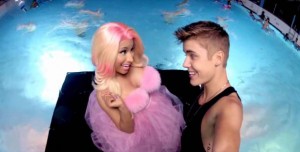 I will admit, I personally never bought any of Justin Beiber’s music until his album “Believe” which dropped just this past June. The entire album is phenomenal. I buy my fair share of full albums, but it’s rare to get your hands on one where every single song is just as good as the last. I think that his first two albums, which both came out before he even turned fifteen, were not very relate-able to me personally… but now that he is a big bad eighteen year old, his songs definitely slide through a few bases for me.

While I love all of his videos, this one in particular actually made me smile. Typically, you see a video and are left with one of a few emotions; bored, pumped, shocked, obsessed etc. You catch my drift. This video is SO fun! It makes you wish you were sixteen again, or just brings back that period of memories for you.

Ahh, yes… the age where you could have “crushes” on girls, the period you could hang out with girls playing games, swimming, or doing whatever else teenagers do. It is all so innocent. Now look at us, we have to find partners that we get along with, share similar interests and have parallel goals and dreams. We have to make the time, even when we are tired to hang out with friends. It just isn’t like it used to be I guess. However, you can bring back all those memories by watching Justin Beiber’s newest video for “Beauty and a Beat ft. Nicki Minaj”