Obviously a Trojan made this shirt…. 100% Genius 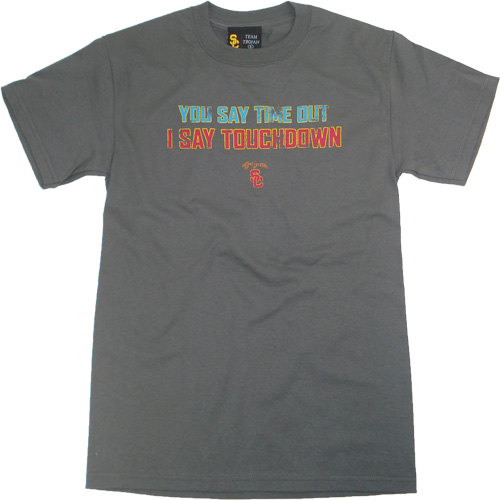 So I was just lolligagging around on facebook and came across a shirt my friend had posted on the USC wall….. I would have never found this… and its being sold at the BOOKSTORE! (Click Here to purchase online) This is by far one of the most GENIUS shirts I have ever seen in regards to our spicyy cross town rivalry.

I mean I thought the shirt that said “We don’t got Bush, but we got Booty” was pretty hysterical… that is until my mother found it and decided she had to wear it around gardening. Not only that, but she also hounded me on getting additional ones of the same shirt, so that she could give them to all of our USC Alum… and Bruin family members… (semi-awkwardo, especially the part about her wearing it out front to garden in). I mean can you imagine doing a drive by in Coto seeing a little blonde lady with hedge clippers in a shirt that read on the front “We don’t got Bush” and then as she turns around to cut down a tree, it reads “But we got booty”???? Oh and by the way actual bootys run in my genes. So ya- you get the picture. 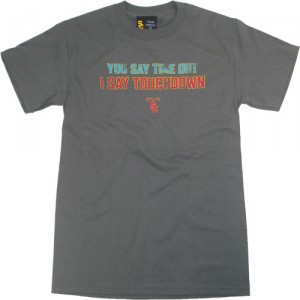 I mean that shirt along with the FUCLA shirt are not particularly gifts I would give my father and grandfather to wear to all the games. That was more of a student shirt. BUT THIS!! I’m pretty sure even our beloved going-on-his-50-years-at-USC Philosophy Professor Dallas Willard would wear this one! 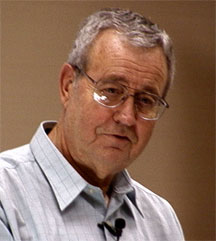 Dallas Willard- One of the greatest Professors of all time at USC, Philosophy

Sooo if you rep cardinal and gold, you really have no excuse NOT to buy this shirt. Better see all you goose eggs wearing this around next week!! woo! 🙂