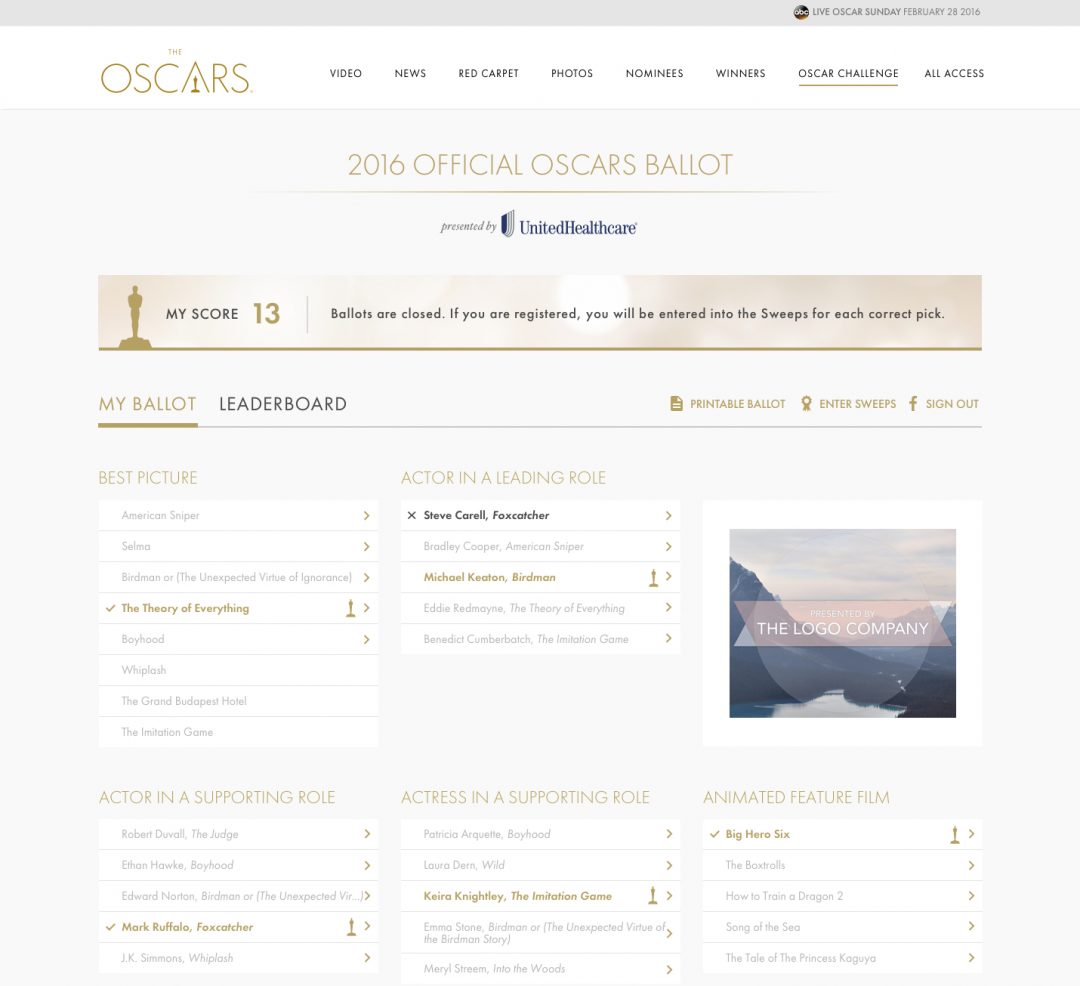 The Official Oscars Challenge Interactive application is ABC’s biggest effort to date to engage users in a primetime television show. To create engagement amongst users and their Facebook friends, we produced an application that allowed users to predict who would take home the gold in each of the 26 Oscars categories, as well as challenge their friends to participate in the online application. Once the televised show started, users “ballots” were locked, allowing users to review their scores in real time on the Official Oscars Challenge Leaderboard. Managed multiple clients throughout project lifecycle as well as sweepstakes vendor. Oversaw a team of twelve from Design, Development, Engineering, QA and Operations from ideation to launch. Lifecycle included the design and development of the application as well as data storage, real time user changes and awarding of points for data selections throughout live show. 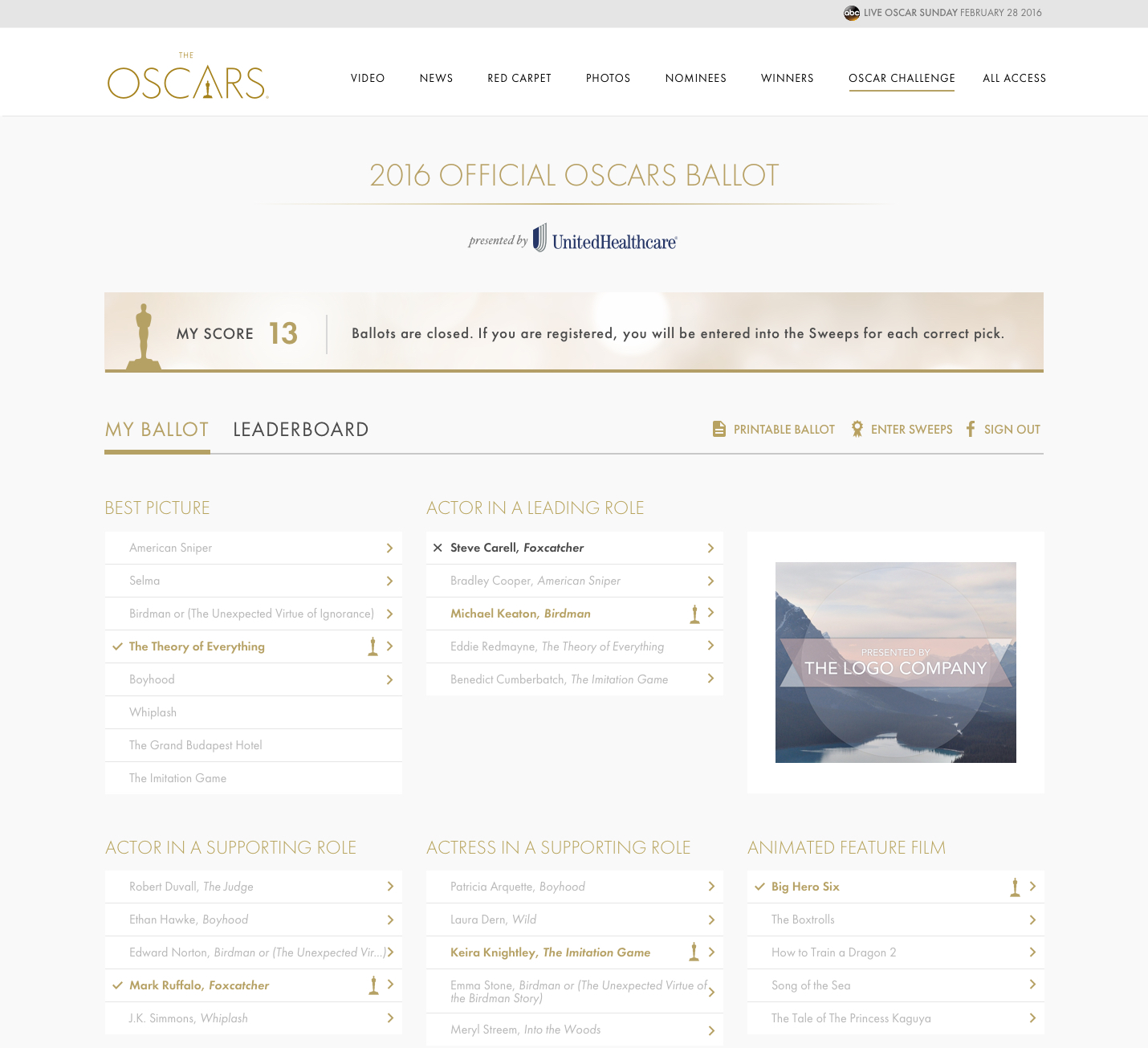 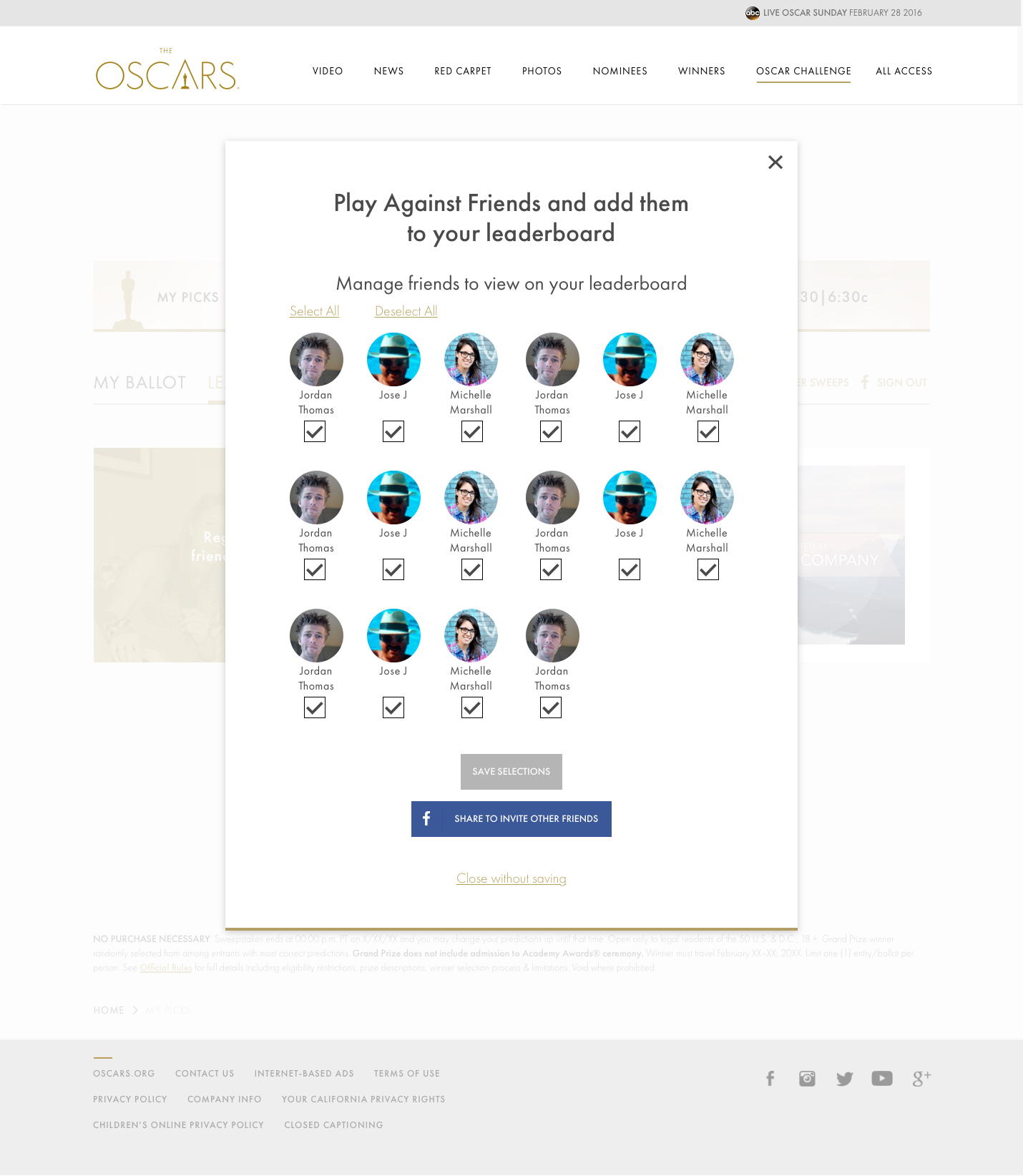 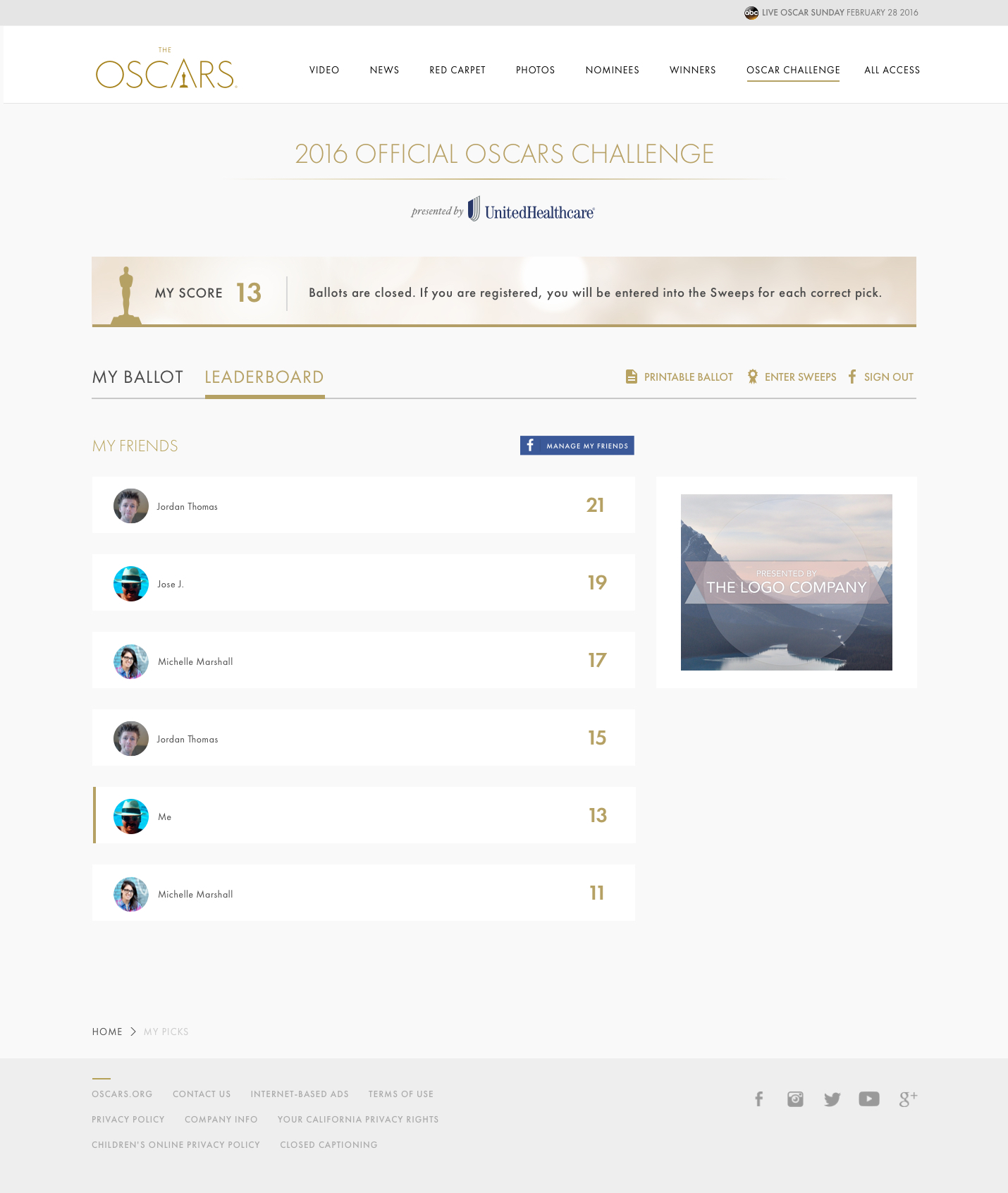 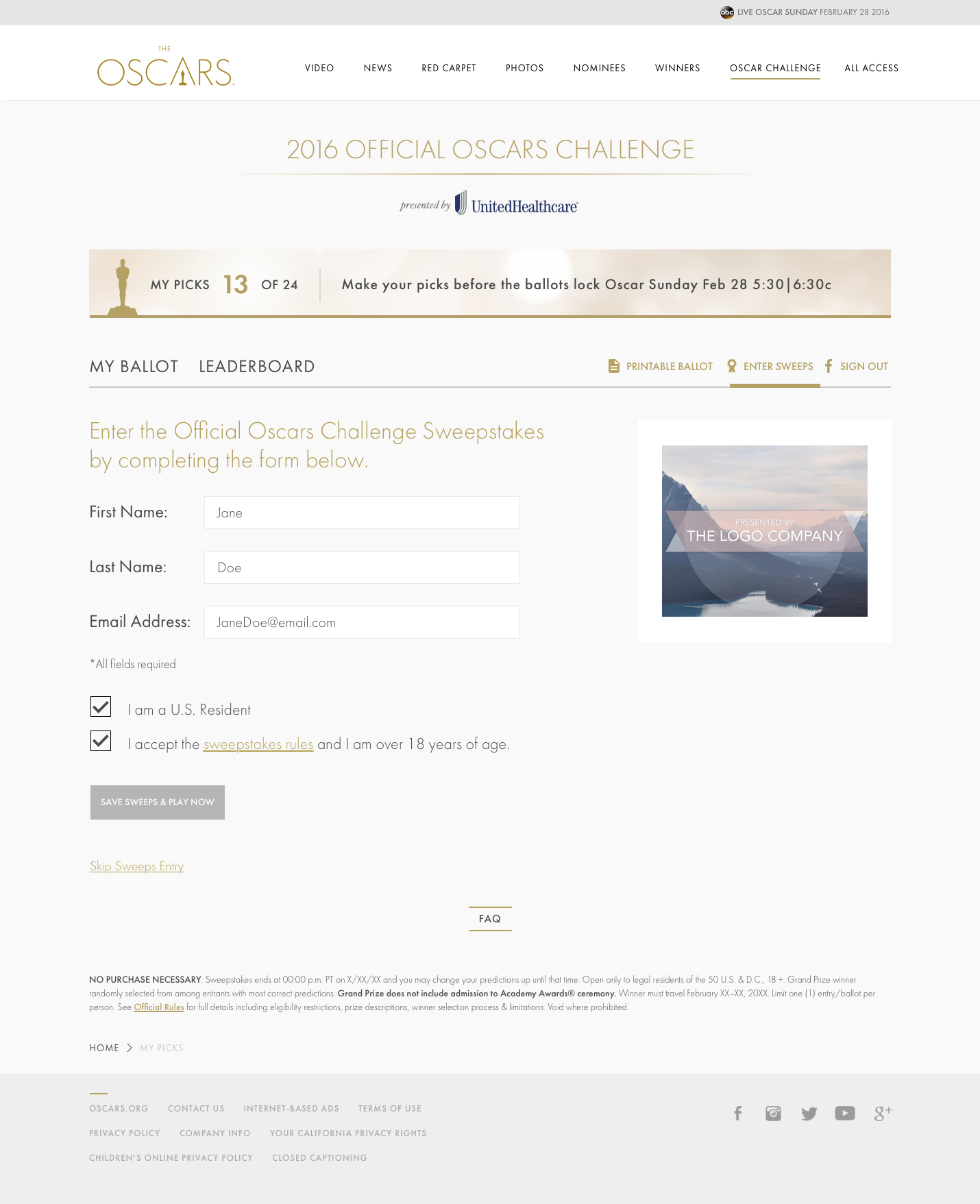