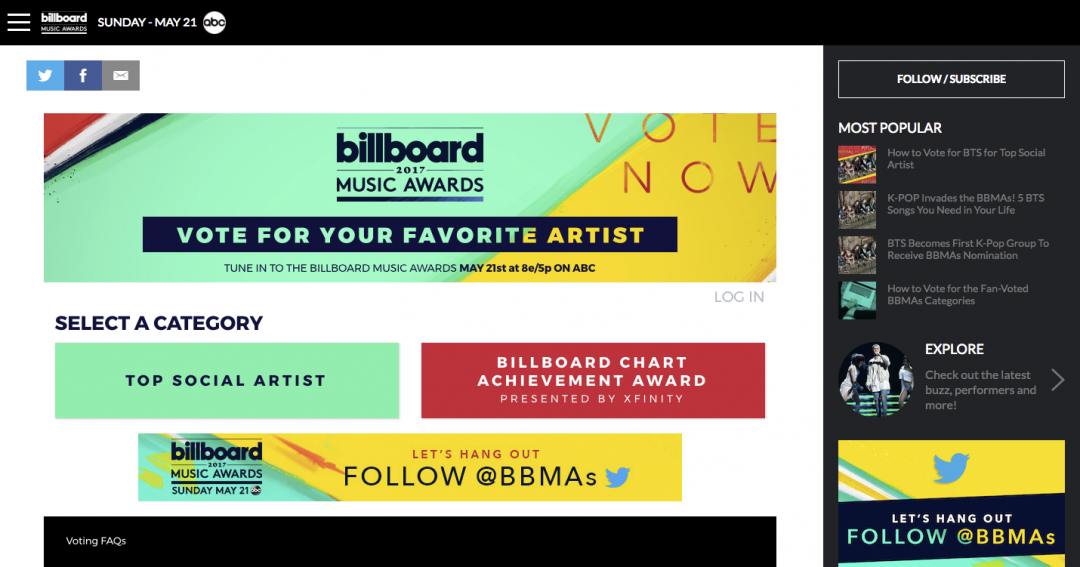 For the 2017 Billboard Music Awards, I lead a team of Developers, Design and Tech from ideation to launch creating a microsite that lived within the BillboardMusicAwards.com website. The microsite included two categories for a “Fan Vote” – Top Social Artist and Billboard Chart Achievement Award. The latter category we branded and skinned the page to identify with the corresponding sponsor (Xfinity). Microsite includes all banner ads directing users to their Twitter page with the hopes of growing this audience and being that the online vote working in conjunction with a Twitter hashtag vote. 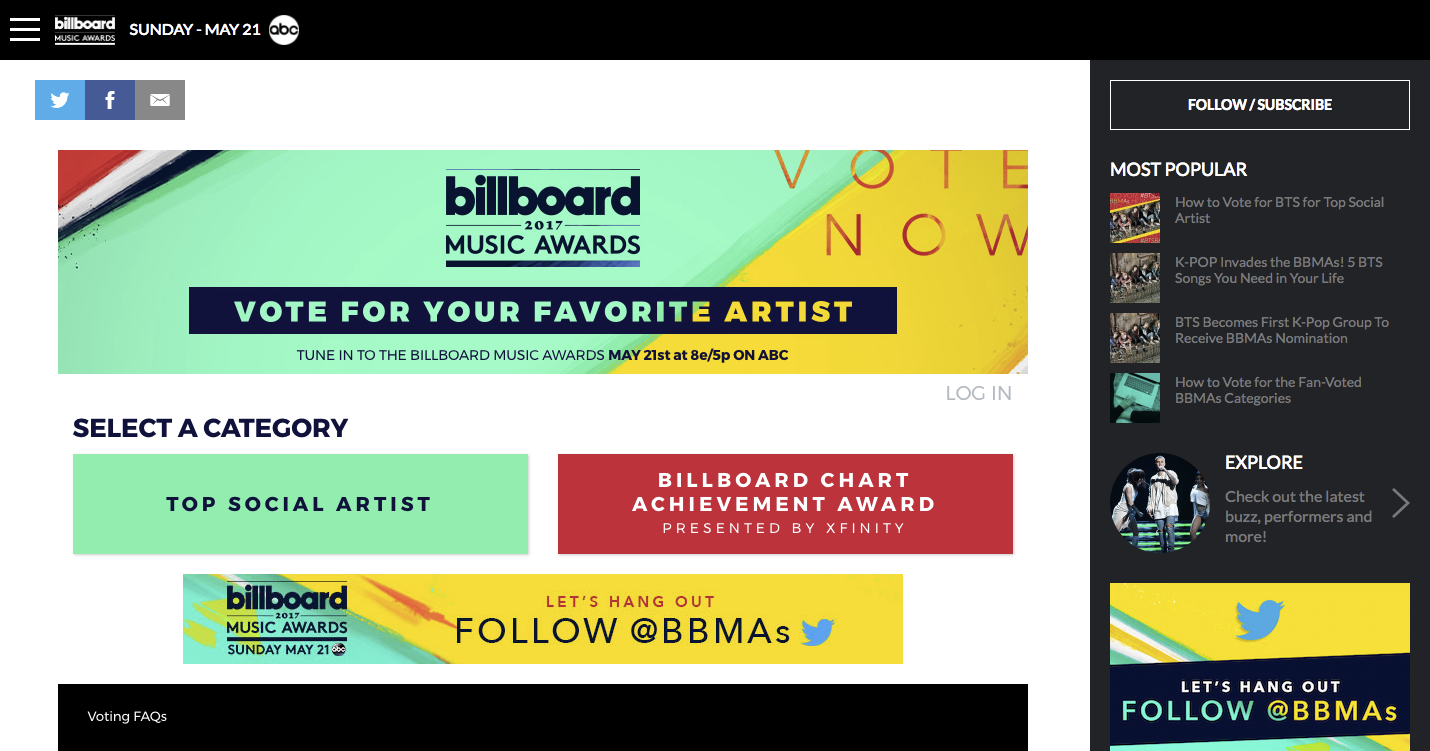 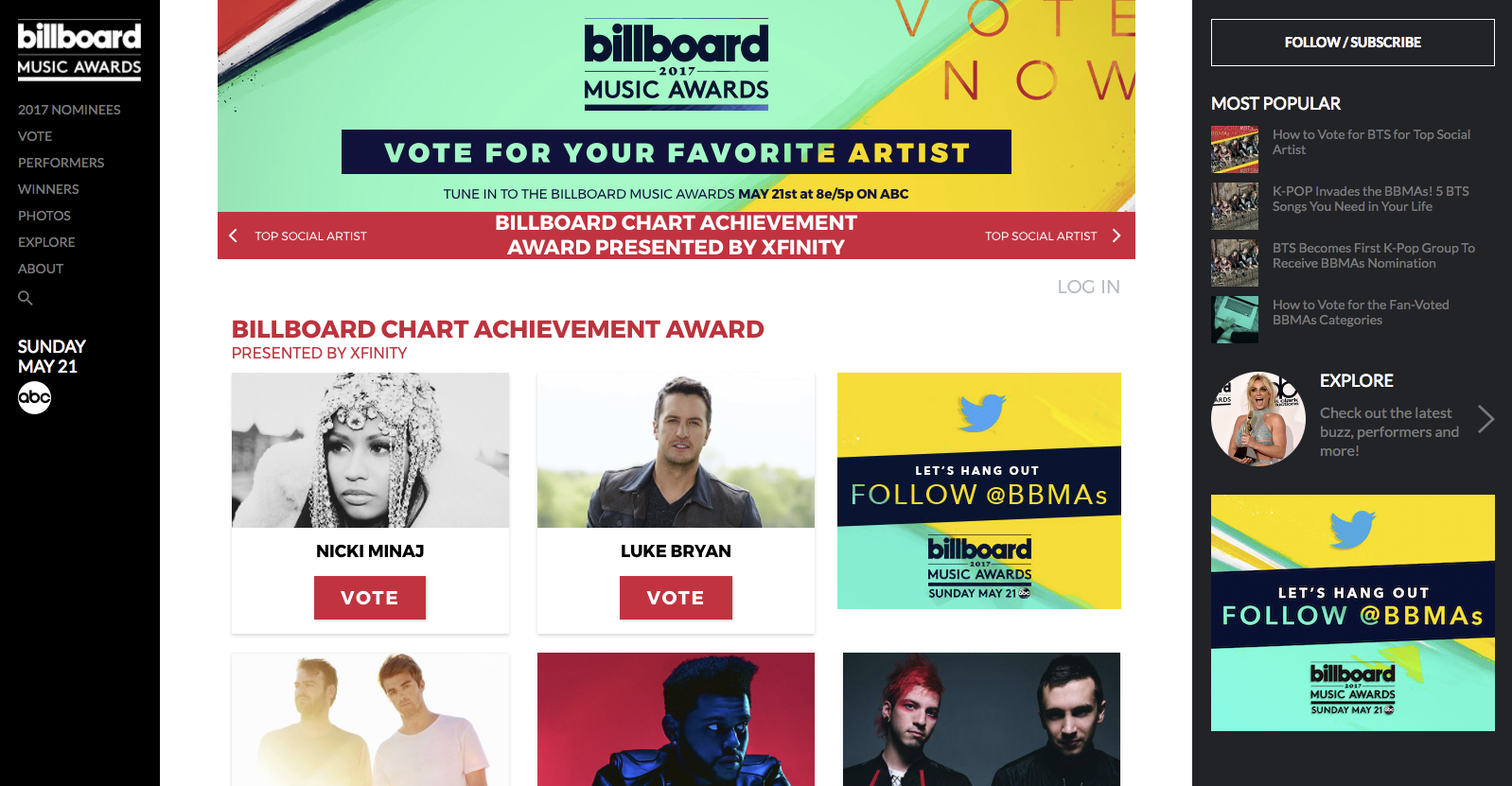 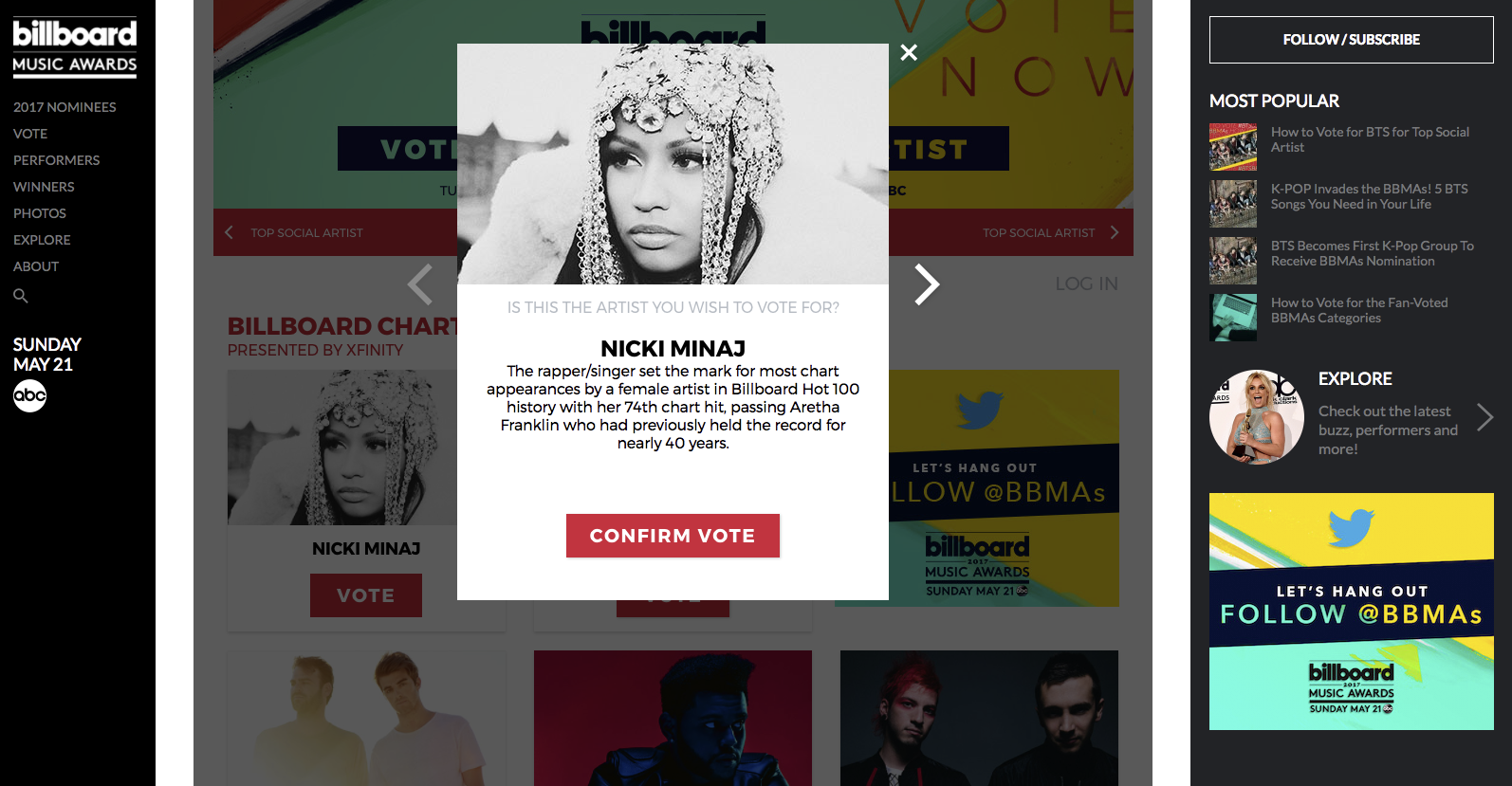 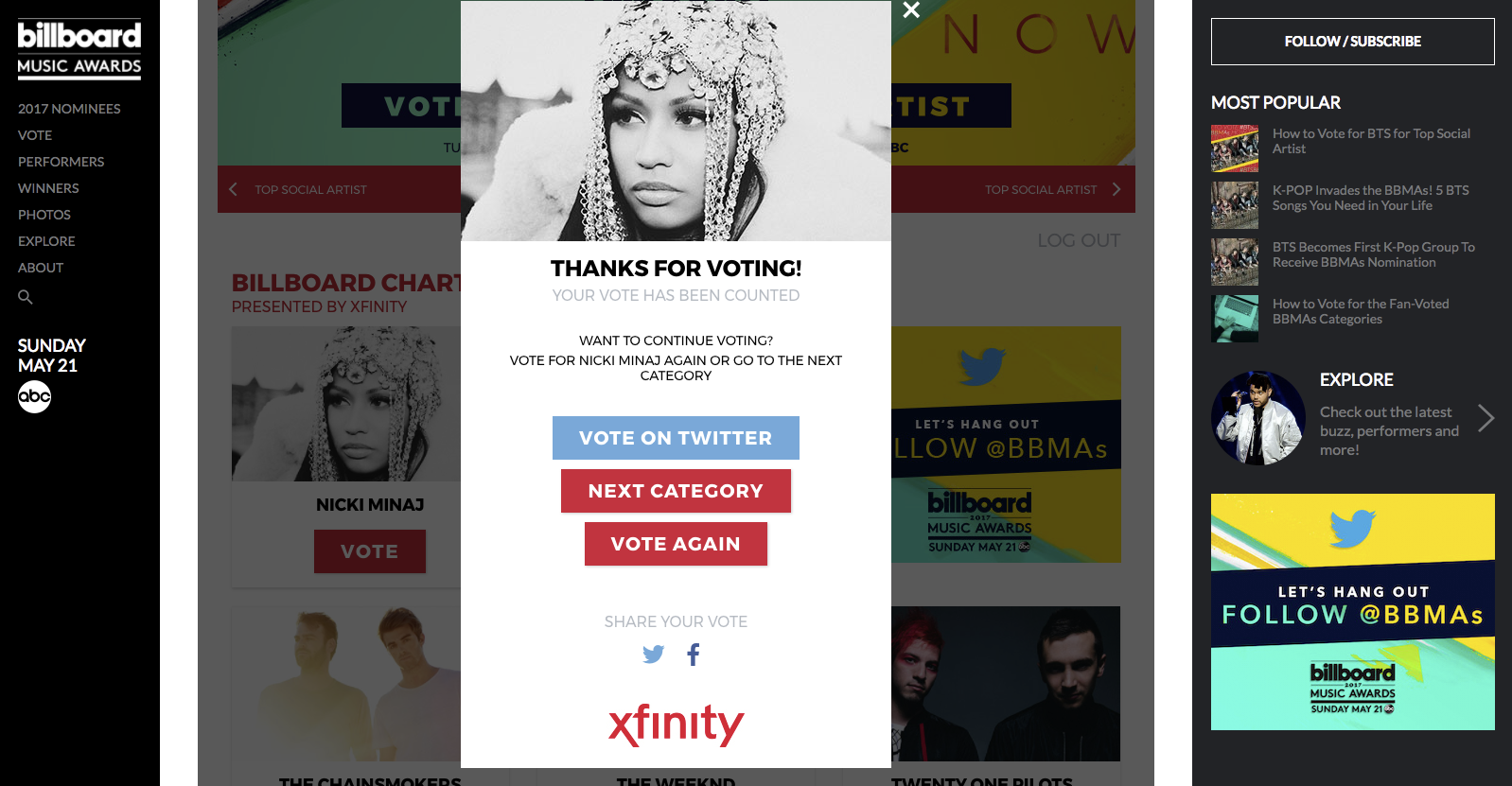 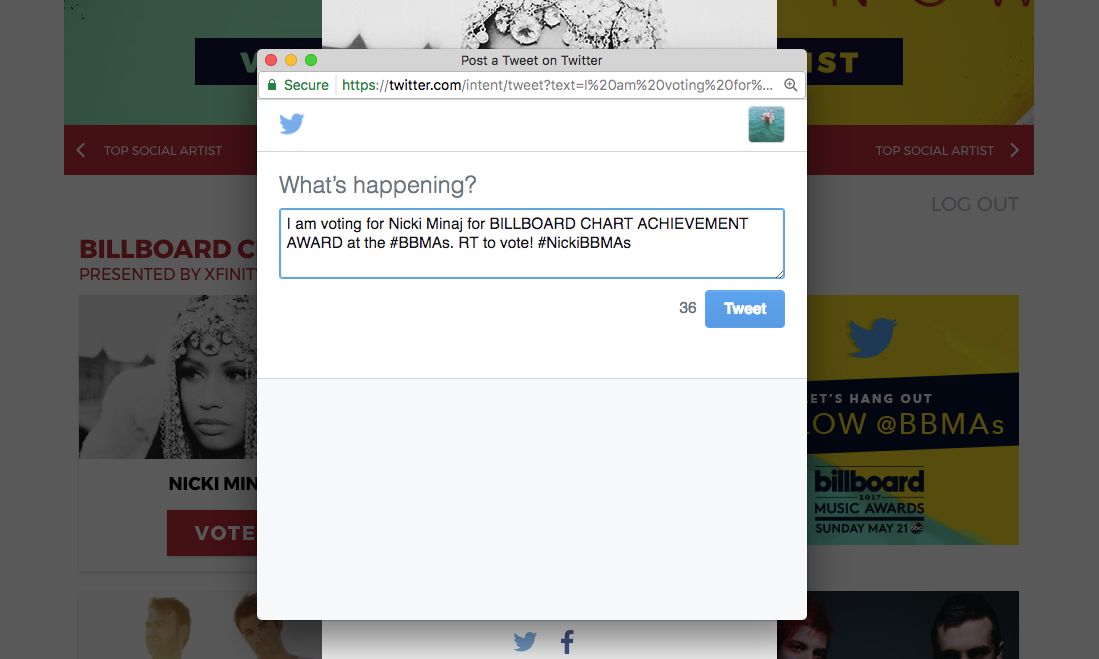 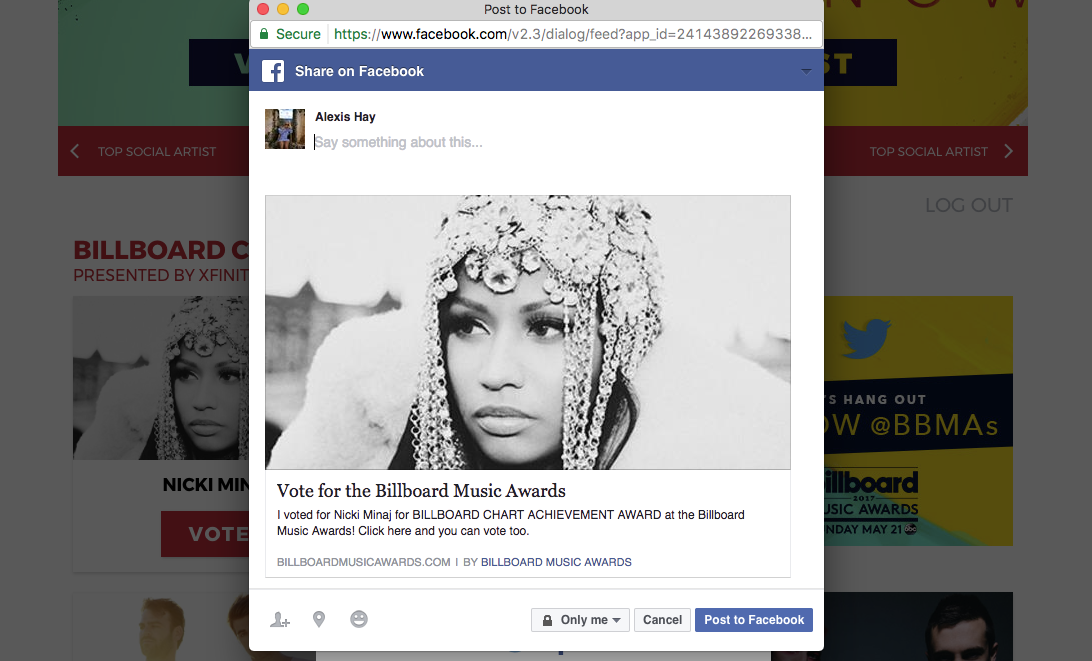