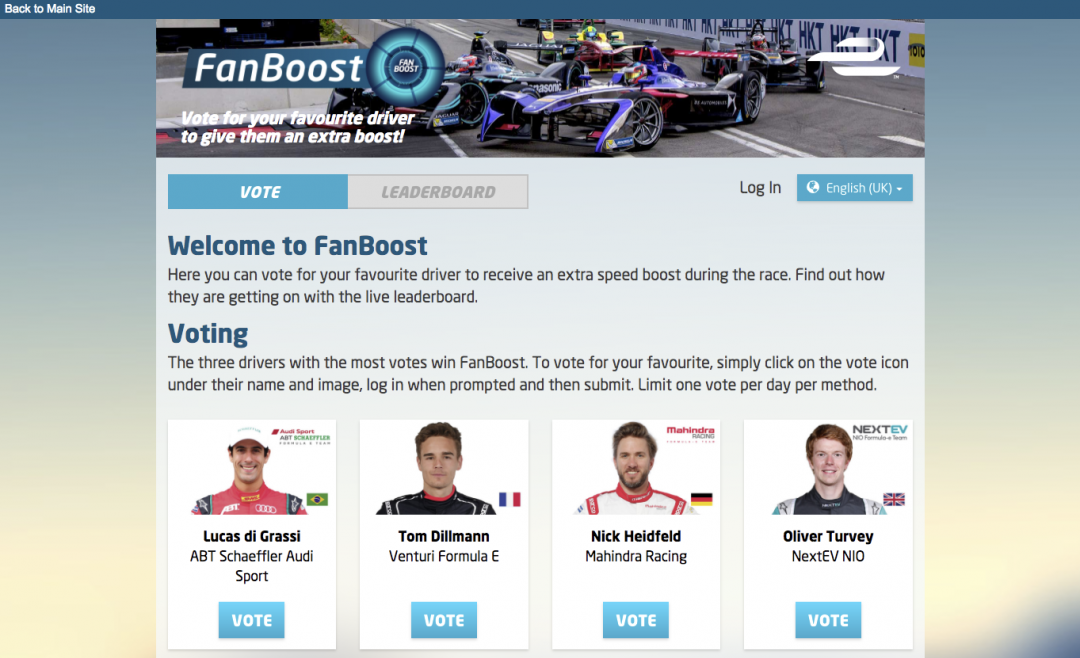 For the year long 2016 Fanboost online web and native application, we launched the Fanboost voting with the unique Gigya Login integration (Utilizing Email, Facebook, Weibo and VK global Login Methods) which – depending on region, users had the ability to authenticate via one of the outlined accounts. As the lead producer, I managed two international clients alongside ten Formula E teams as well as two vendors throughout duration of production prior to launch through to the last live race campaign. During my time as the lead producer during the 2016-2017 season, established relationship with Gigya and successful integration of Weibo and VK login methods after two unsuccessful preceding seasons under other team lead. This was a year-long campaign which I supported one race each month worldwide. 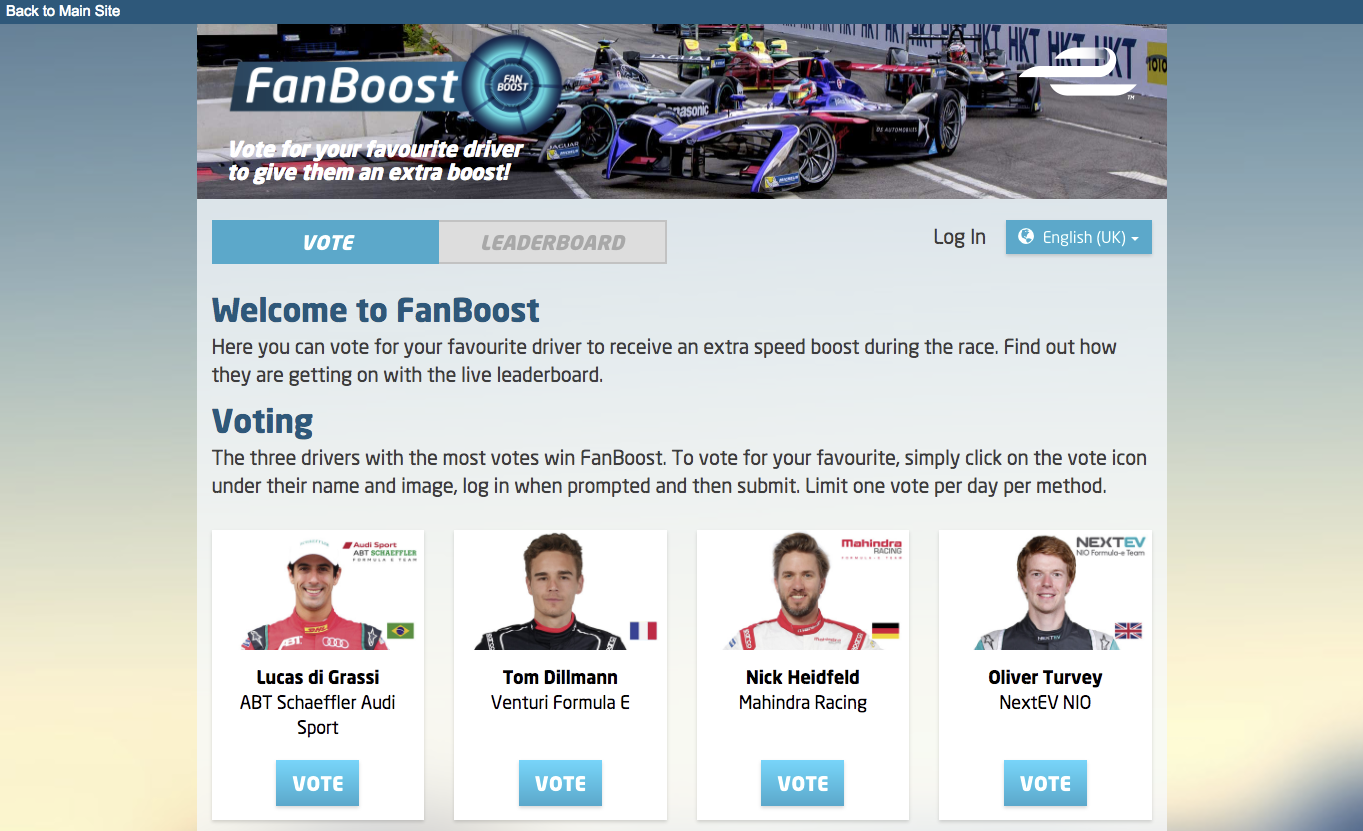 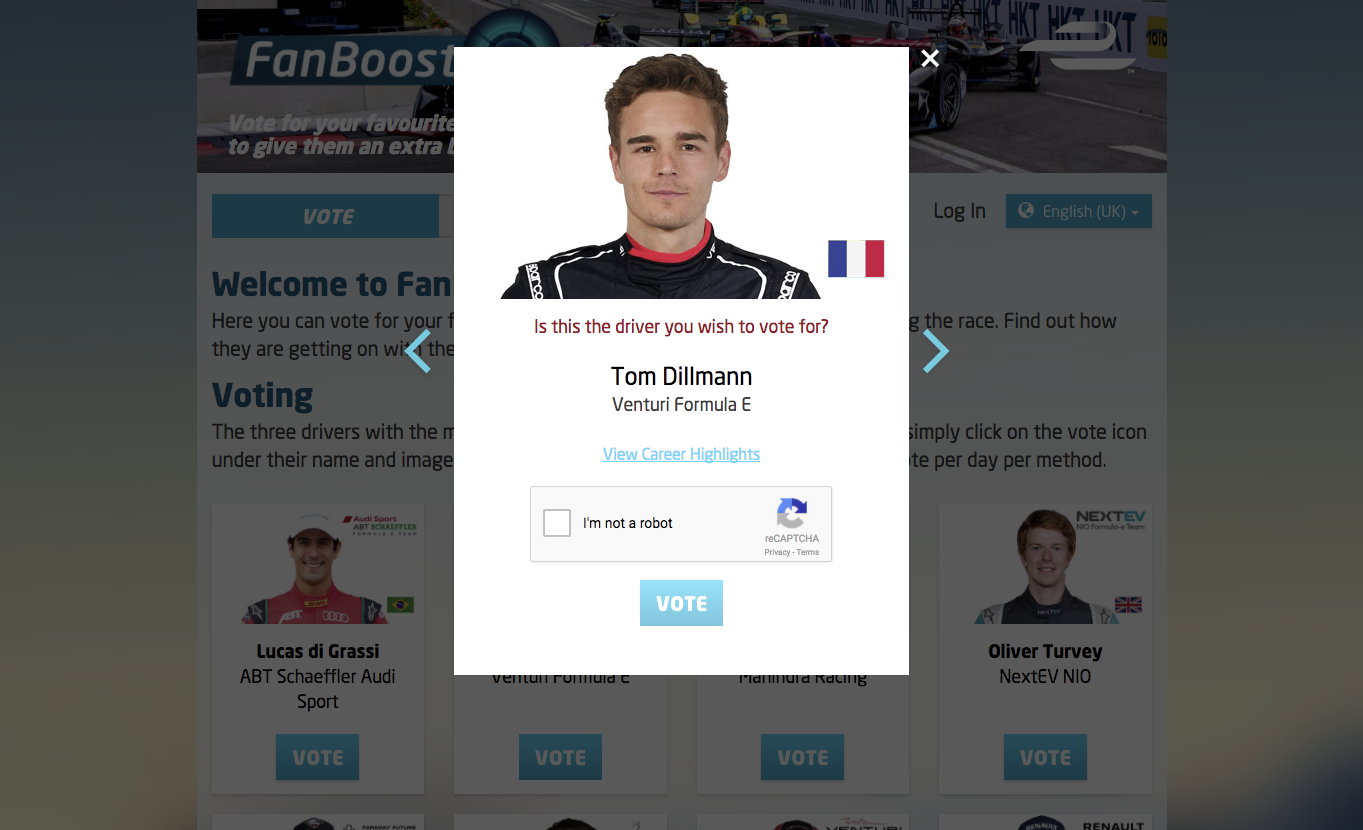 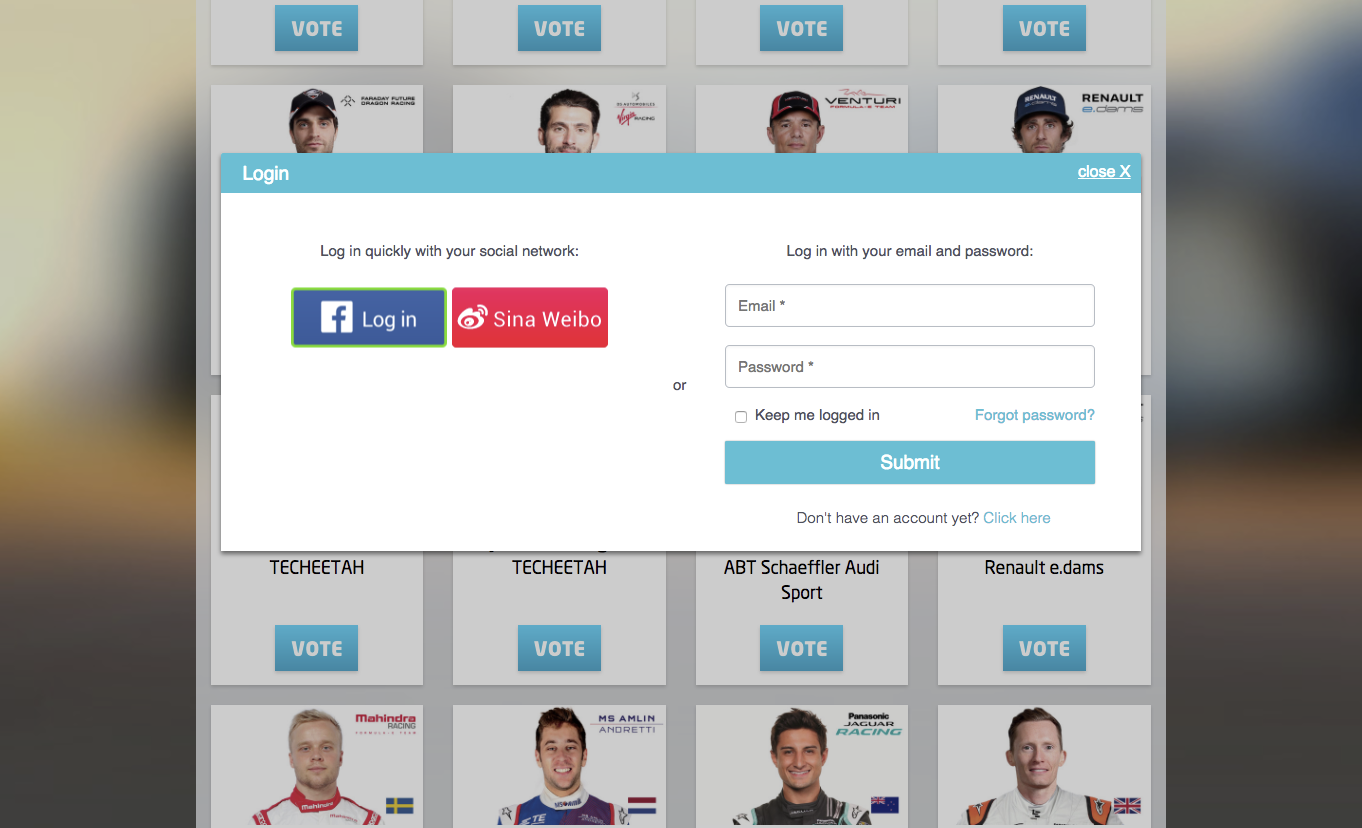 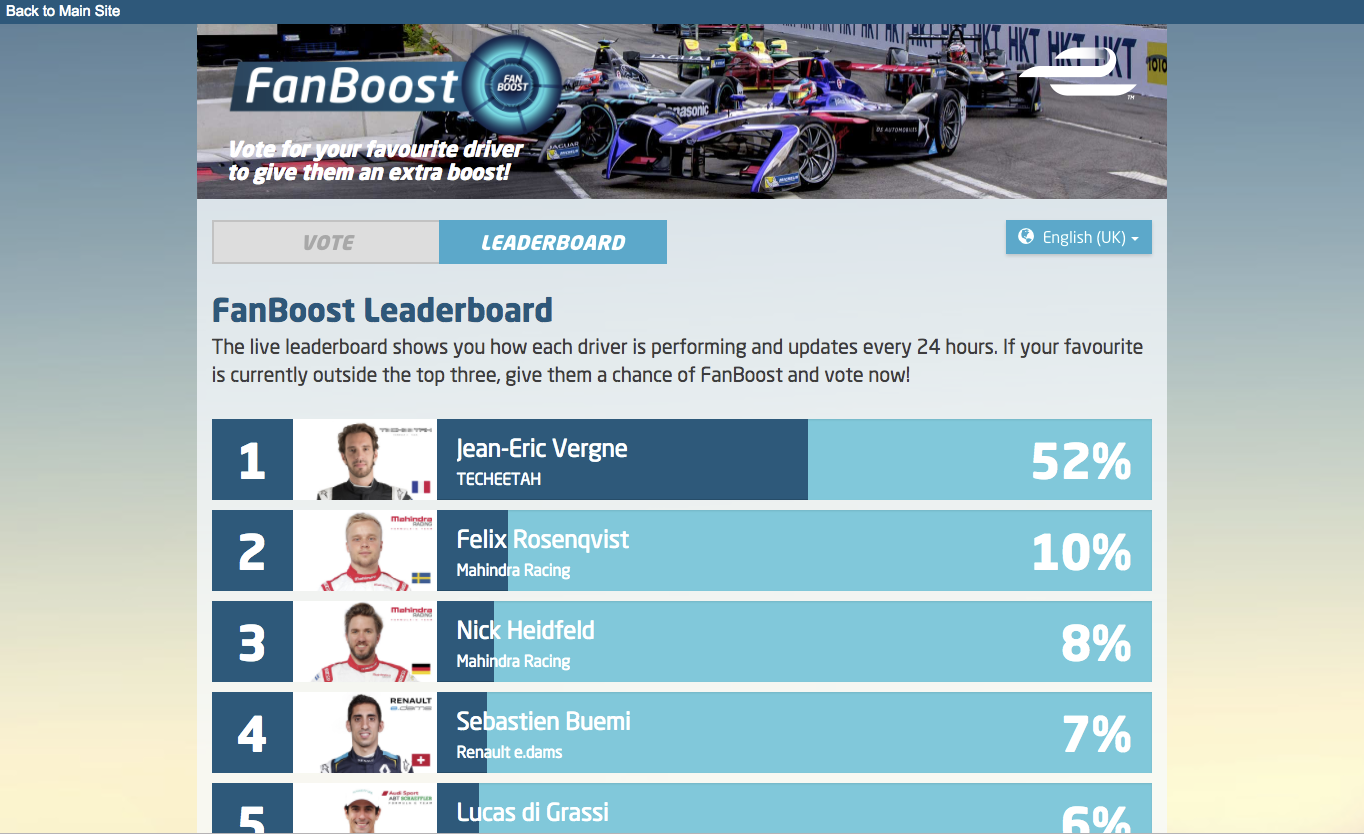