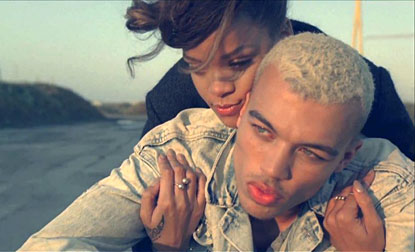 To be honest, I haven’t been a huge fan of this song since it first aired on the radio. Maybe it’s because it is on any given radio station at least 4 times every hour, thrown in between Maroon 5’s “Mick Jagger”, Dev’s “Dancing in the Dark” and LMFAO’s “Sexy and I Know it”. There’s only so many times I can listen to a song before I just end up wanting to drive in silence.

Rihanna’s “We Found Love” really wasn’t a song I felt the urge to buy or even look to SEE if a video was coming out. But, as I was browsing youtube and saw that it was #3 of Youtubes top 100 videos, I decided to give it a shot. Best video ever. Well, at least that I have seen since Kanye and Jay-Z’s “Otis” video.

I was once told by a film producer that when editing, it was better to jump back and forth because no one would sit through a 5 minute video about one person sitting and talking or singing etc. I guess we don’t realize how fast our brain moves until you can’t even sit through thirty seconds of a music video (Try- Adele’s “Someone Like You” video). This video has about a million different things going on, tons of different shots, scenes, sequences. How could you get bored? The song was boring before I watched this video, now it’s just thrilling. We’ve all been there done that, felt the rush the excitement and then the pain. Happens all the time. Sometimes it’s more fun to not follow the rules and let it all happen in the moment. Usually regrettable, but we’re only human.

On a side note- Am I the only one that noticed how similar the actor in the video looks to Riahanna’s ex- Chris Brown? Some coincidence…. 🙂 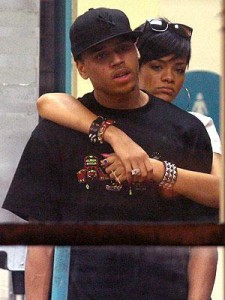