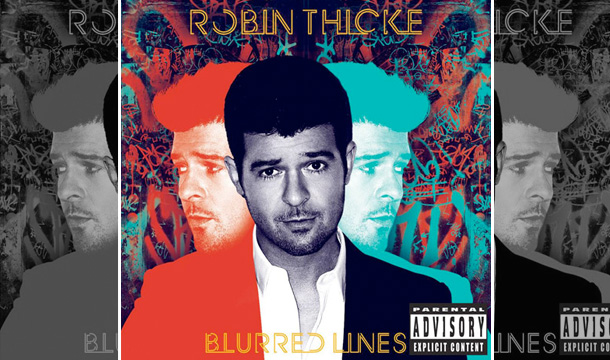 It’s like anything, when someone does a good job on the first few rounds, you don’t usually question their work from there on out. Music for me  works the same way. Although I have every Kanye West album dating back to College Dropout, his recent Yeezus album is the first to not make it in the download folder in my iTuens (Yes, I buy all my music). I didn’t even hear about it coming out until a week later, by that time, I asked around to see if anyone liked it and I really got close to ZERO feedback.

My love for Robin Thicke and his music is a little different. I have every album of his ON CD from The Evolution of Robin Thicke and this will be the first digital album purchase. With Robin Thicke, there really is no question- the majority of the songs I’ve purchased and albums are without reviews and without listening to. His upcoming album Blurred Lines I’m almost positive will top his past work as it always does.

There’s something about Robin Thicke’s music that just makes you feel sexy. When you’re dancing to it, when you’re singing it in the car on the way to work, when you’re playing it at home while you clean. Whether you’re listening to “Wanna Love You Girl”, “Cocaine”, “Blurred Lines” or “Cloud 9”, I’ve never listened to a song that didn’t just flat out make me feel amazing. I’m sure guys are a little biased about this, but for the ladies, his music NEVER gets old!

For Robin Thicke’s upcoming album “Blurred Lines”, he does a great job at keeping the sex appeal alongside cutting edge beats with sexy lyrics. There’s something about summer releases that just make the time window so much better. I pin periods of time, seasons and events throughout my life to specific music, based on what I was listening to at the time, Who doesn’t relate “Call Me Maybe” to summer? Exactly.

You can pre-order “Blurred Lines” from Robin Thicke here which will be available July 30, 2013. You can listen to one song “Feel Good” below.