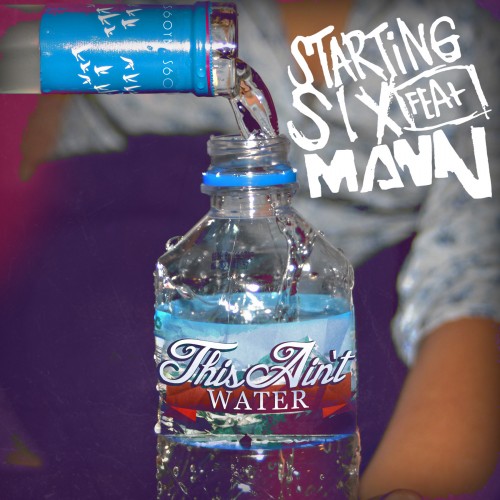 The last time I truly enjoyed listening to an all guy group with over three members had to have been in 98′ during the era of the Backstreet Boys or N’sync. It just isn’t as common today to find a group of six guys who all can work together and make great music. While I first interviewed Starting Six last year– they have done nothing but grown on me. We are all very aware that the majority of artists in the industry today are making music about the same things; hoes, weed, bottles and sex. Every once in a while we get a hot jam that revolves around something more significant than the previous, but that is typically a rare case.

Just like buying different gossip magazine and hoping there will be new scandalous details. I try to listen to different bands here and there, but most of them are all the same these days. They just rock a different style and have a different name. What is really interesting is that when you go back on the music first put out by the group Starting Six, you will notice that their same fun and carefree attitude is across the board from their past music to present. The only difference is that they have tweaked their sound a little bit and of course have grown tremendously. A year for an artist in the music industry is at least three years as an individual when it comes to growth. In 2011 the guys were all over California, getting ready to graduate from college and move in together. Since summer 2011, the guys made a huge move and commitment; they packed their bags, got a place together in Los Angeles and then got a dog to make the seventh member. They now spend the majority of their time together in the studio or on the road traveling to different cities to perform. In their last mix tape “Let’s Talk About S6x” it was apparent that the groups focus had been directed on pushing out a clean, fresh and over collaborative tape.

On the radar the six have a set of scheduled performance dates as well as a new mxtape set to release this summer on iTunes called “Seis”.