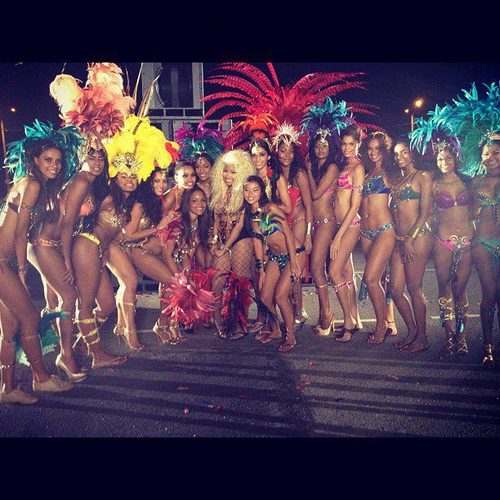 I can’t think of a hotter, more fun and poptastically sexy summer music video than the just premiered “Pound the Alarm” from Nicki Minaj off her latest album Pink Friday: Roman Reloaded. Nicki Minaj is one of the few female artists out there right now who has the balls to step outside of the box and seriously do and say whatever she wants in her music. There are so many artists in the industry right now who are willing to follow a mold in order to make it. Being an artist unto yourself and creating music through expression is something that is mildly unsaturated in my opinion.

Shot in Nicki Minaj’s native Trinidad, there is no better time than it’s seasonal Carnival. At the same festival that is celebrated in other countries such as Brazil and Spain, in “Pound the Alarm” Nicki Minaj runs around with the festivals hottest models clad in some teeny bikini’s, corsets, feather leg warmers and nipple chains.

When it comes to the production of this song, Nicki only went with the very best. The song was produced by Moroccan-Swedish producer; RedOne, Cheiron studios former producer; Rami Yacoub and composer, producer, songwriter and musician; Carl Falk. If you’ve ever followed these producers, you know that their list of work includes more hits than your average producer can acquire in a lifetime. 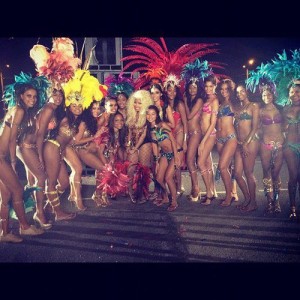 When you listen to the song, it’s crazy to think that Nicki Minaj is literally the updated rap version of Britney Spears. However, as we are almost a decade from Britney’s industry birth the songs and videos have been engineered in a completely different way.