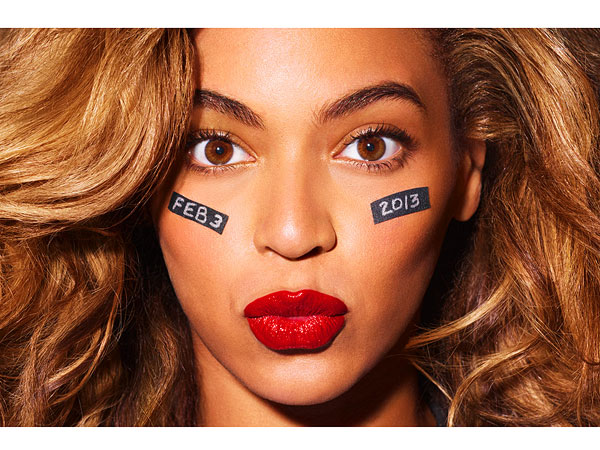 FINALLY! An artist I know won’t let down the entire nation in a super bowl performance— Beyonce. Being that it is the biggest sporting event of the entire year for the United States, you would think their half time show would be a little more on point in my opinion. In recent years, half the time it’s a guessing game. If the performer wasn’t announced before, you could bet 75% of viewers wouldn’t have a clue who the performer was until they actually saw them. The openings have beyond skeptical.

Let me start with 2012 and Madonna. I guess you can cut her some slack due to the injury she incurred during rehearsals. However, with how much there was going on before and during her performance, the busy-ness of it all made her look worse. It was as if she incapable of any real dance moves. I mean honestly some of the moves I remember had reminded me of the steps I learned in the 24hr fitness “Hip Hop” classes I’ve attended. For what Madonna represents and how much of an icon she is, the performance was just a mild disappointment. Madonna’s performance was followed by LMFAO, who was entertaining… kind of… it’s more of their outfits and moves that are entertaining. But again, the whole performance was as if they hired Danny Devito to choreograph the entire show. After LMFAO it went back to Madonna and her cheerleaders. Bizarre. At that point I thought I was watching a remake of High School Musical. This preceded Nicki Minaj, M.I.A. and then Cee Lo Green. Hmmm funny? Kind of odd considering Madonna and Gwyneth Paltrow used to be BFFF4L until they had a beef… and then wasn’t it Gwyneth Paltrow that performed with Cee Lo Green at the 2011 Grammy’s? Scandalous. That’s the 2012 Super Bowl in short, except I left off the fact the entire performance, everyone was clad in gladiator gear until the end when Madonna was surrounded by a choir of nuns and they closed with a lighted “world peace”. Makes complete sense.

2011 Super Bowl kicked off with the Black Eyed Peas. Does anyone else remember how the audio cut in and out the entire show? Enough said. There was also Slash and then USHER, no complaints there… but when have there ever been complaints about Usher??

2010 was the year “The Who” performed. Can’t say I remember the half time performance. Enough said.

According to NFL’s site, Beyonce is set to perform on Sunday, February 3 for the 2013 NFL Super Bowl XLVII. After going through the news articles on google there are also rumors milling around that Jay-Z as well as Destiny’s Child perform. In a perfect world, it would end up being Beyonce headlining along side Justin Beiber and Rihanna. However, we all know the three are all Headliner worthy performers. Who else do you want to see perform at the 2013 NFL Super Bowl Halftime Show?