Bruin Baseball heads off to the best of a three series championship, after completely TRAMPLING TCU (10-3 victory). Granted the team of bears scored five runs in just the first inning alone, but it was our handsome pitcher Trevor Bauer- a sophomore this year (talk about talent), who earned the win after striking out 13 batters, further limiting TCU to only three runs (they only got 2 though… bahahah), and four hits in 8 INNINGS! If you ladies just go to the games to throw your peanut shells on the floor and guzzle shock top, 9 innings is… well the whole game… do the math. 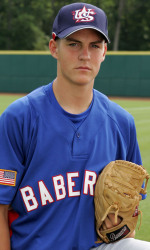 Upcoming the big blue bears will play South Carolina in a best of three championship series starting on Monday and continuing Tuesday and Wednesday. You can tune in to watch our heartthrob Bauer at 4:30 p.m. PT on ESPN.

To break down the game against the “Horned Frogs”, more specifically, the blue bears noteworthy trampling, included a five-run first inning as well as the personal trampling by Blair Dunlap (another handsome blonde) with a three-for-five, three- RBI effort and sweet three-run homer. Another bear; Espy went three-for-four with a two RBI and one home run, and Gallego with a two-for-three, & three runs. (LADIES: RBI is the number of times a player’s at bat results in a run being scored)

Nice work Bauer! With your 10-plus strikeout streak in the past four games your future is looking as strong as your right arm! 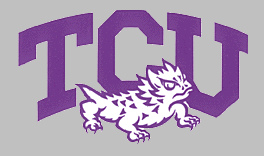