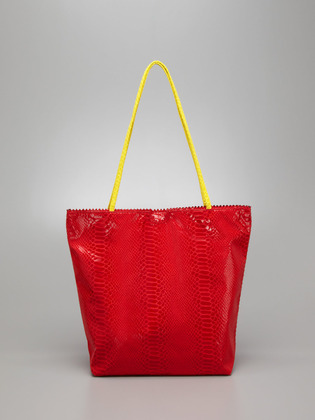 Ever seen that old couple dressed up for a USC home game in ALL Cardinal and gold or… [sometimes its more like yellow and red because thats what their closet had to offer]?? You know what couple I am talking about…. the woman is typically decked out in yellow pants, a yellow shirt, red shoes, a red jacket, a large sombrero looking “at the races” kind of hat with a scarf tied around it and of course you can’t forget all the bojangly gold jewelry and red tiers of ice…. oh yes and the licorice red lipstick the elderly still believe is the cherry on top of their game day “spirit”. Yes that couple. Oh yes, and the man will typically be matching his wife- minus the fact in place of the jewelry and lipstick will be a pair of binoculars around his neck. You know you have seen these two.

On the other hand, the rest of the USC student bod will be busy unknowingly making the biggest fashion statements you could ever imagine. I am telling you, one girl cuts the neck out of an oversized USC shirt and turns it into a dress…. and you will see that same style repeated at every game by thousands of girls until the next trend hits the Hoover and Jefferson intersection. I never really was one of those girls that was able to just shear away a bunch of material, throw it on with a belt and look like 24.5 million dollars, wish I was though. I pretty much was the one that bought the shirt then passed it off to the hands of some other talent queen to make me a USC game day masterpiece.

So as tomorrow is the first USC home football game, I am excited to see what all the pretty, talented ladies of USC have decided to use their cutting shears on and the styles they will shwastedly strut to the game tomorrow.

Seeing what the guys try to bring is often entertaining as well. I mean guys with scissors has never worked out… obviously… but its always interesting to see what things from the bookstore the men of troy decide to turn into outerwear.

Obviously its a little late to order for tomorrows game, but my favorite steal for this weeks game is the Carlos Falchi tote on Gilt.com As we all know I am ALLL about bright and daring colors but I think the yellow tote with red straps is a little too Tonka truck for me, so I would personally go for the red with yellow straps. But hey- thats just me. Pair this bad boy with some yellow or red shoes and your up for competition with the senior alums!! 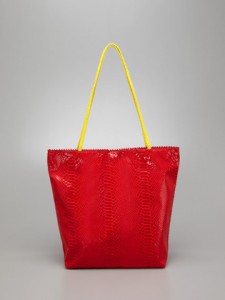 Red Falachi tote for a limited time on gilt.com! 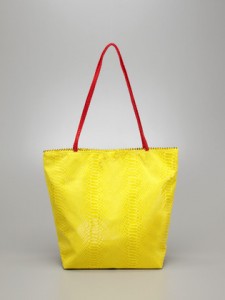 Would you rock this yellow Falchi tote or the red one? 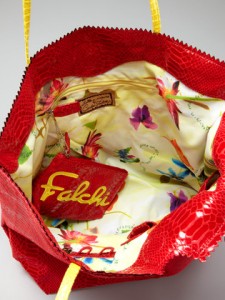 Inside of the Carlos Falchi tote, great for USC gamedays! 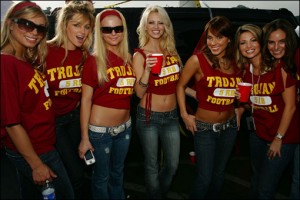 One guilty pleasure to watch on USC gameday? Some of the best looking women strutting their own made style creations.