what??? Yes, you heard me say it right. Vajazzle your vajayjay… uhmm duh- the newest craze? I just recently heard about it for the first time, but ever since I started asking around, this craze is nothing extremely new… Women are now bautifying their lady parts with crystals! When I first told this guy at my work- Wes, who by the way thinks I am an absolute bedazzled freak, he literally looked at me like he just met Ironman. I’m not sure which confused him more, the fact that vajazzling existed or the fact that I hadn’t gotten it yet.

In fact, a few months ago on Lopez Tonight our beloved little JLOHewitt talked about her new book “The Day I Shot Cupid” which actually sounds like a good read. In her book, Hewitt talks about how after one of her breakups her friend vajazzled her vajayjay to rep dowtown disco balls everywhere. what??? You mean to cope with heartbreak she vajazzled her pride and joy, led her labias down a lustered path of swarovski crystals?? Yep. That is exactly what she did. And who knew but her new addition to the VJ family actually helped her through her breakup! So instead of rebounding with another douche lord she VAJAZZLED away. She says that it was the one thing (well no joke) that she had never tried after a breakup.

OK, but what about what guys would have to say about this? What about your boyfriend? I mean you have to take into consideration if this would be painful for both parties. Also what about when wearing your tight jeans ladies? I wonder if this would actually not kill?? Of course curious George [Lopez] didn’t wait a second to holla and ask about what guys thought…. JLH’s response? “I’ve had no complaints”. Nice answer JLH 🙂

Further, she proceeds to tell Lopez that she could vajazzle, wait, no bedazzle his goatee….. I seriously almost died when she said this because all I could imagine would be my big big best friend Devin Bedi… with a bedazzled goatee… I would die to give it a whirl. But the odds of that happening are slim to none.

So when I told my brother of my new findings, his first response was more iek he was confused, if it was a singly diamond (umm..no?) or what it was exactly. To better illustrate i held up my completely bedazzled phone and just pointed to it. My brother let out a disgusted smirk and just replied “Why would you ever do that, that is the dumbest thing I have ever heard, sounds like some anti-slut technique”. Nice way of putting it Austin- an “anti-slut technique”. As funny as that sounds, I am actually more interested in vajazzling after reading about it. JLH explained on the show that vajazzling was meant for you, not for the guys, not for anyone else but yourself, in some ways making you to feel glamorous, cute and special…. with no one really knowing why. hahaha.

Finally, I am starting to think that vajazzling isn’t as crazy as we all might think. I mean JLH truly believes vajazzling is something every woman must try. I want to know what you think though. Is this something I should try, or is making your labia a lust of crystals something you would dawn your man with- or yourself?

I want to know your thoughts on vajazzling men and women!! 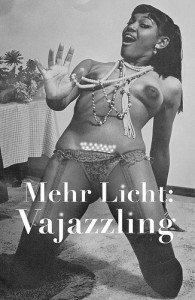